Friday, December 09, 2016
Peninsulas and empires I was listening to some old stories about Danes and Anglo-Saxons, and was struck by the IMPERIAL tendency of narrow peninsulas and islands like Denmark and England and Japan. Why the correlation? Start with the most basic distinction of personality, observable in everything from bacteria to humans. Sitters vs rovers, nest-lovers vs risk-takers. In modern human terms, Deplorables vs Insatiables. Two opposite charges or tropisms. Deplorables are makers and nesters. They seek a place where they can be secure from invasion, a place where they can grow stuff or make stuff. This tropism drives them inland and downhill. Inland is secure, downhill is where you find farmland and water power. Insatiables are takers and conquerors. They seek a place where they can sail outward and conquer empires, a place where they can see and supervise the Deplorables. This tropism drives them outward to the edge of the available land, and upward to view the maximum amount of territory. In a building Deplorables (red arrows) seek lower floors and interior rooms. Security from tornados and bullets, security from the Insatiables. Insatiables (blue arrows) seek upper floors and corner offices. Ready to burst outward, able to see all the territory that must be conquered.

In a broad country like USA or Russia, Deplorables go inland and downward, to the best farmland and the most security from invasion. Insatiables seek the coast and the mountains. Insatiables MUST have beachfront property. The result of these tropisms shows perfectly on the county map of election results:

Answering the original question: In narrow peninsulas and islands like Denmark and Japan, there isn't a lot of inland, so Insatiables fill most of the available space. Denmark and Japan and England were champion empire-builders in terms of empire/territory ratios. = = = = = Polistra has always represented the Deplorables, long before Perfect Insatiable Hillary named us. Her locations are inland and downhill and utilitarian, representing security and real-value work. Her first location was unmistakably inland but not strongly downhill. This is a representation of a real place, with an imaginary building added. I had assumed, wrongly as usual, that this place was the original townsite of Manhattan. 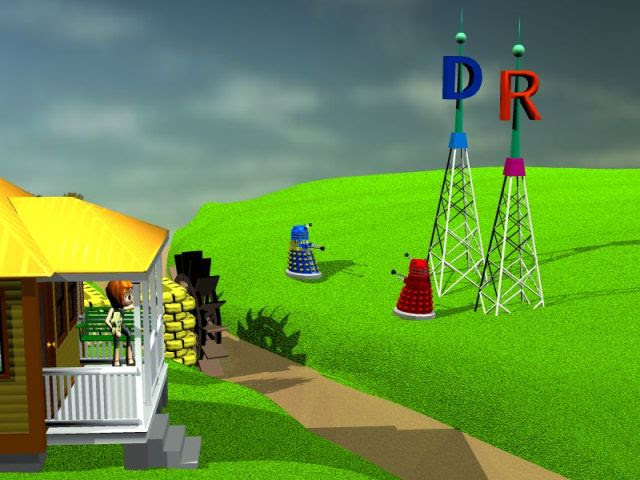 The actual original townsite, if historians assume correctly, was strongly base-of-bluffian. (Now occupied, appropriately, by a storage unit on a former railroad grade.) 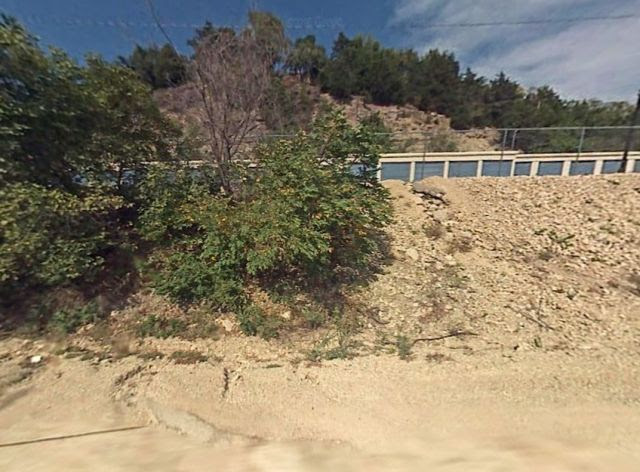 [Later insert: The location became a brewery in the late 1800s. Here's a picture, clearly the same place: 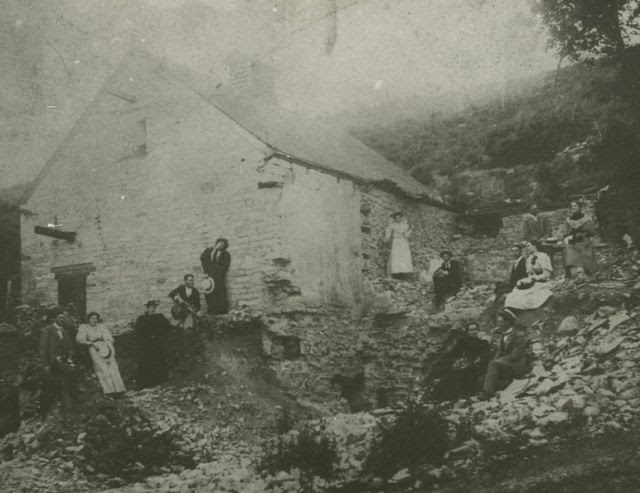 End insert.] Polistra's next location was more of a neighborhood. Here the base-of-bluff motif comes in loud and clear. This was a purely imaginary place with real buildings. 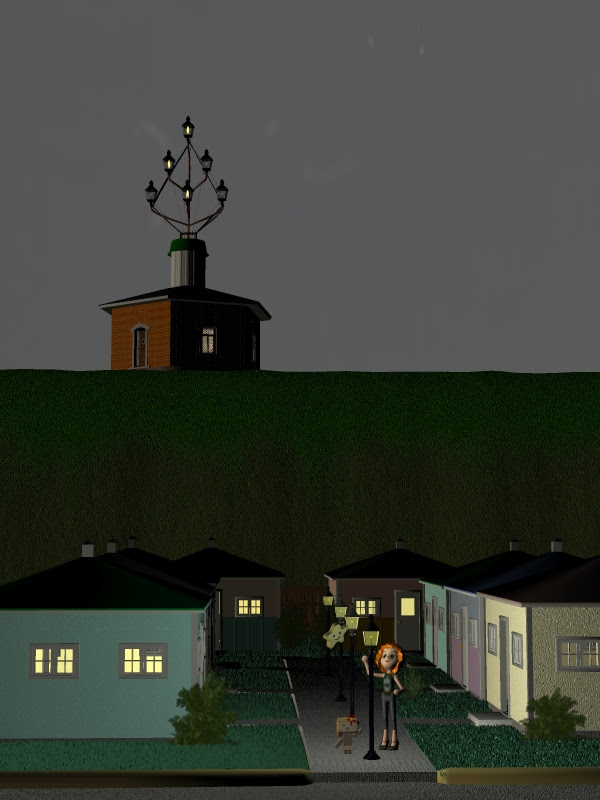 She briefly occupied this strictly real place, just after a major windstorm that cranked my security tropism to max. Not just near the base but in the base-of-bluff! 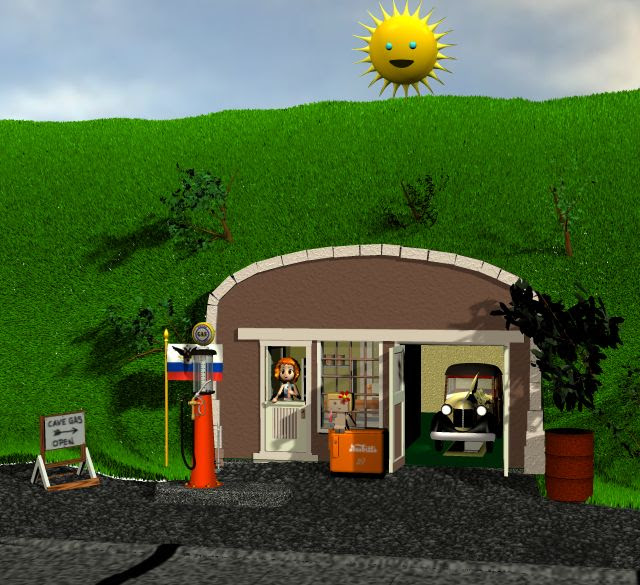 And now she has moved into a new location, more complex than the others, again with the bluff above. This is an imaginary place with real buildings. 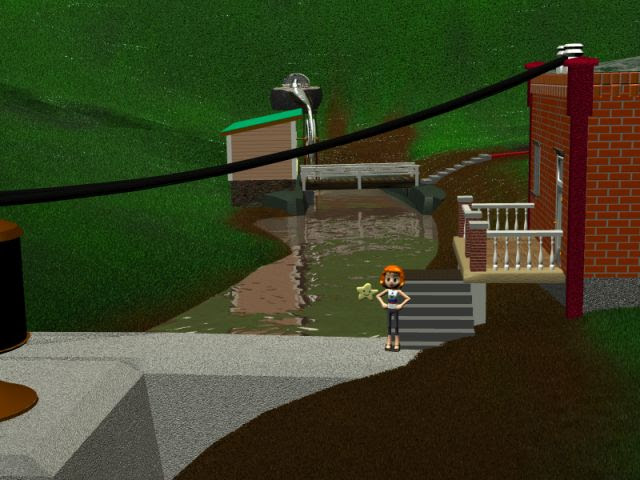 = = = = = Another question: Why do Deplorables get along with Putin? Two reasons. (1) Putin represents inlanders. Russia is less imperial than USA STRONG because Russia has only a small usable coast. Putin defends his OWN people against attacks by Insatiables like BushObamaClinton and Soros. (2) More specifically, there's a natural resonance between Russians and the major ethnic group of US Deplorables. Picture a country bar. George Jones and Merle Haggard. Borodin and Shostakovich. Tragedy is a vitamin.