Friday, July 24, 2015
Surface-mounted crimethink I always keep a copy of Collectible Auto mag in front of me when I eat. Today's copy featured Chevies of the early '30s. CA has this luscious picture of the '32: 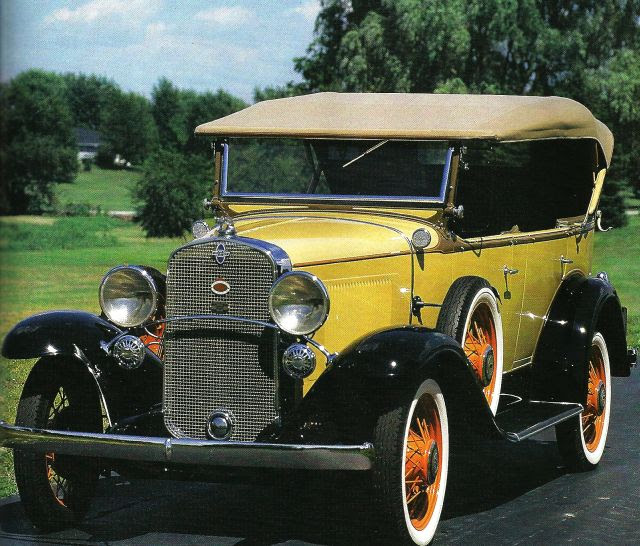 Two not-quite-separate thoughts from one picture. = = = = = Thought #1: From about 1890 through 1965, the USA government AND schools AND corporations AND culture in general made a point of reconciling the North and

Ragtime composers found out that Yankee Doodle mixed well with

and put together some remarkably clever compositions using both. Corporations tried to achieve the same balance. Chevy's 1931 model was called the Independence, and this '32 was called the

will Barrett-Jackson require it to be burned instead of sold? I bet yes. = = = = = Thought #2: As I looked at the unnameable picture, I was struck by the way EVERYTHING was mounted on the surface. Headlights, horns, radiator cap, spare tire, axles, springs. Just after 1932 this began to change, at first tentatively by the odd little Willys and the ugly Airflow. Those two cars didn't really move the trend, but Lincoln's magnificent '36 Zephyr did the job. By 1940 only the wheels and door handles were outside the envelope on most cars. I've been playing with a modern replication of Houghton's Phono-Faradic device which supposedly cured tinnitus. The original as shown in Houghton's article: 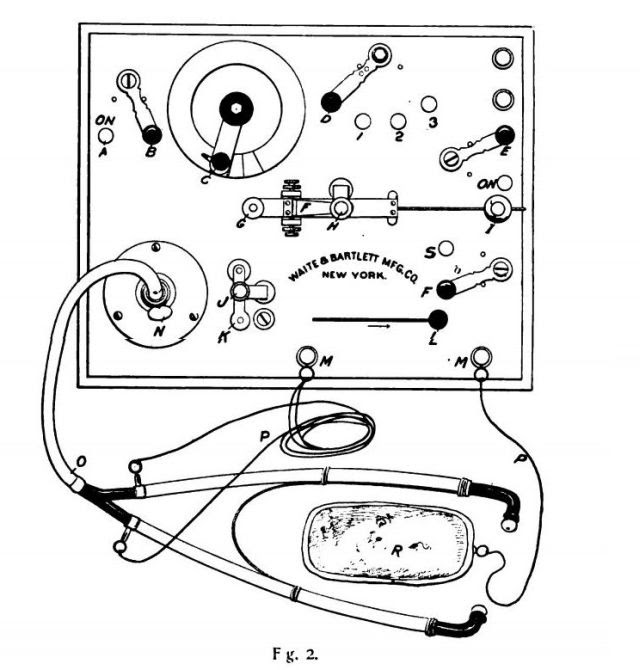 And my digital animation made a couple years ago:

Note that everything is surface-mounted just like the Unnameable. Switches, pots, pendulums. All wide open. This was true of electronic devices from 1830 to 1920, a bit earlier than the change in cars. Basically all components except the batteries were right out there on the surface where you could remove and adjust and even modify them. After 1920, cabinets started to get smoother and streamlinier, and only the knobs were on the surface. All working parts were inside the box. Every year thereafter, the user lost power and lost skills. Now you can't even be trusted with knobs. Every function is controlled and hacked from the Cloud, which is another name for Big Trans-Sibling. In replicating Houghton (with a 555 instead of a pendulum) my first thought was to go modern and put everything inside a standard plastic box; but then Serendipity called and I found a wooden speaker box that enables me to replicate the surfacey form of the original as well. More on this later after it's done. = = = = = Later after it was done in breadboard form: I tried to use it as Houghton had described. With alligator clips, put ground on my neck and positive on left earlobe. Frequency about 4 cps, nominal current limited to no more than 10 mA even if my innards had been effectively a short, which obviously they aren't. I could feel the pulses in the neck skin. Result was not pleasant. Felt odd for about an hour, then tinnitus increased for several days. Possibly the polarity should have been reversed, but I'm not going to find out. I know when to fold em. Disassembled the ckt on breadboard and abandoned the project.