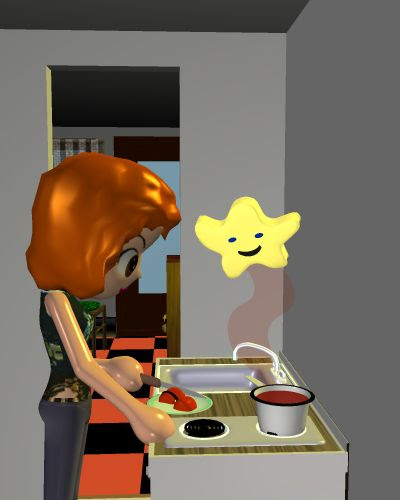 I've been tracking my recent shift from centralized processed food to fresh, with some dubious analogies along the way. Might as well continue the tracking and the analogies....

The last time I got serious with food was 1970, when I set up housekeeping on my own. I started with some leftover furniture from parents, and bought a few things as well. One thing I bought was this little serrated knife: 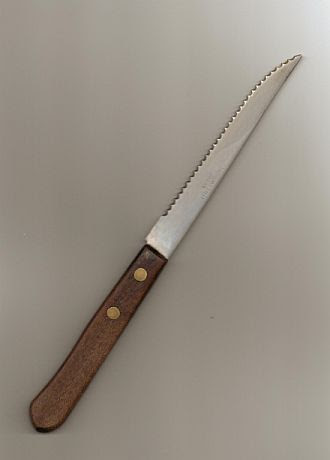 It came from C.R. Anthony's, a regional department store chain. Anthony's occupied a category that doesn't exist any more. It was a step above the dimestores like TG&Y, and several steps below the hoity-toity fashion stores like S & Q Clothiers. If you wanted clothes that you could wear to school or work, or you wanted pans and knives and gadgets for a regular kitchen, Anthony's had it. In short, it was a middle class store. We don't need that category any more because we don't have a middle class.

Here's a typical Anthony's store around 1960.

Why was Anthony's such a good store? Why did it have exactly what an ordinary Okie needed, and why was it a comfortable place even for a man who hates shopping? This might explain it:


The chain grew by ... using profits from one outlet to finance another. Each manager trained the next and held a one-third partnership in his store. The thirty-three that opened between 1922 and 1926 had sales of $2.5 million in 1926. That year, the C. R. Anthony Company incorporated, and in 1934 it converted to a common stock operation offering shares only to individuals associated with the operation. Deeming those who owned the business to care the most about its welfare, the company avoided outside capital until its late history. The firm saw growth during the Great Depression, a testimonial to its ability to meet the needs of rural clientele and earning it the slogan as the "friendliest store in town."

Closing the loop. Feedback and subsidiarity. Giving local managers authority and motivation, paying no attention to New York. That's why it was a good store. = = = = =

My little serrated knife didn't get much opportunity to work on food, as I quickly switched to frozen vegetables then ate in restaurants for many years. It moved into my car toolbox and served more prosaic purposes like cutting rubber fuel lines and fan belts. After I came to Spokane, I stopped driving and working on cars, so the knife migrated to the kitchen tool drawer where it cut cardboard and plastic for twenty years.

Thanks to C.R. Anthony for a good product, a knife that endured 40 years of misuse and was still ready when its proper job finally arrived! = = = = = Followup here. It turns out that Anthony's didn't just die. It was personally killed by Vulture Romney. GRRRRRRRRRRRRRRRRRRRRRRRRRRRRRRRRRRRR!