Monday, May 17, 2021
Astrometeorology 3: from static Ferguson to magnetic Kepler Picking up from previous post on James Ferguson. Previously I showed a couple of science entertainments using static fields to drive gadgets. Ferguson's main focus was orreries or planet simulators. He began with another static-driven toy: 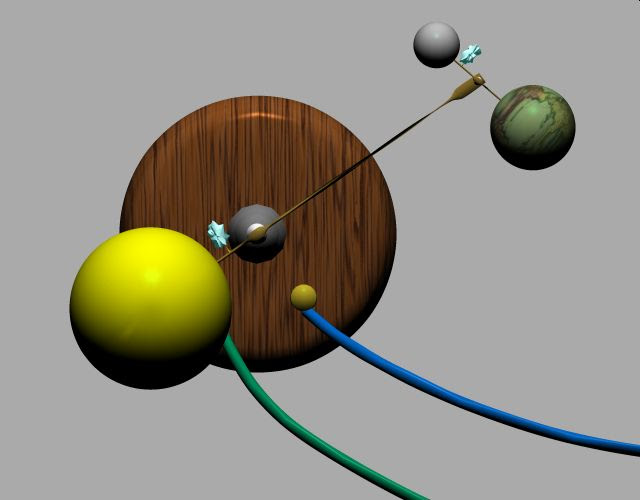 A simple orrery, not intended to be accurate, using 'electrical spray' to drive the earth and sun. Each pivot represented a center of gravity, and a pointed pin on each concentrated the overcharge and let it spray, like a reaction rocket. = = = = = Now I'll use Ferguson's real orrery as a branching point to a larger topic. (In later parts I'll return and use the orrery for more specific conjunctions and oppositions.) 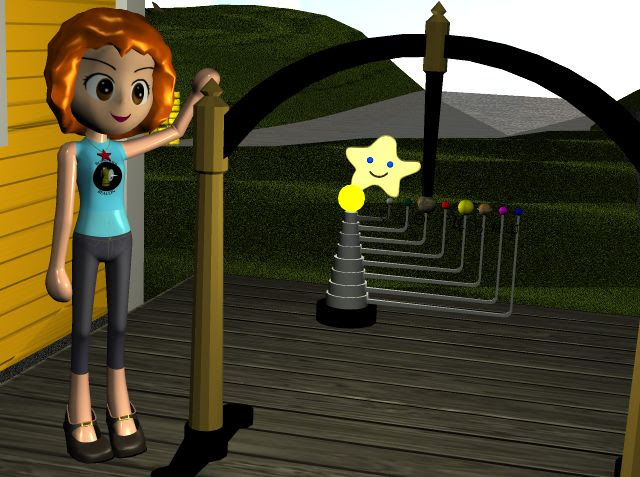 This is a geocentric orrery unlike most modern types. The earth is the central pivot, and the sun and planets orbit around it. The mechanism is driven by a clockwork motor in the can under the sun. Running through a year in fast motion:

And the same from above with other stuff cleared out, showing only the planets:

= = = = = Detour into determinism vs freewill. There's no way to figure out which is ultimately right. Most indications tend toward determinism in most things. We may have freedom of decision in small things, but negative feedback should pull us back toward natural law. Islam says that since we can't know the real combination for sure, we have to assume determinism. Christians were totally for freewill, and the Endarkenment of the 1700s got SERIOUS about freewill, (see "rights") in order to give full range to the Innovative Disruptive psychopaths of the French Terror. Assuming determinism leads to a happier and healthier culture. If you know how things are supposed to run, you can detect departures from Natural Law and steer back into the lane. If you don't resonate with a natural pattern, you're vulnerable to every new monstrosity. As we see now. = = = = = Back to astronomy: Islam picked up astronomy from the Greeks around 800 AD, and refined it tremendously, always aiming to know the will of the universe by reading the patterns of planets and stars. When Euros came back to astronomy in the 1500s, they picked up the Islamic work and resumed along the same lines. Early astronomers were purely astrologers in the modern sense. Kepler was interested in the stars for useful purposes. He designed a system of weather prediction, and was also thinking about human influences. He explained the motivation for his work: A most unfailing experience of the excitement of sublunary natures by the conjunctions and aspects of the planets, has instructed and compelled my unwilling belief. The excitement of sublunary natures includes everything that happens on earth. At that point in history astrology WAS a science in the precise sense. Astrologers observed and measured star and planet positions in order to predict weather and cultural changes. Other scientists observed and measured the positions and shapes of electrostatic fields and magnetic fields. Others observed and measured the positions of small physical objects in order to predict and build engines and mousetraps. Same practices, same methods, same focus on USEFUL RESULTS. Nature is lawful. Nature is determined. If we can figure out the laws, we can use them reliably. At that point in history, astronomy on its own was ENTERTAINMENT. If you just wanted to see the stars and paint pictures of them, you were having fun, not trying to do useful work. The two purposes FLIPPED, by a mysterious and accidental coincidence, at the same time as the French terror. Robespierre and Marat needed to abolish all beacons, all external influences and predictive laws, so they could be perfectly FREE to destroy minds and culture and people. So they declared purposeful science to be "unorthodox science" and banned it. = = = = = And back to Ferguson's geocentric orrery. Holding the earth steady makes it easier to chart and visualize how planetary angles cause sublunary influences. In a heliocentric model everything is moving, so it's much harder to see. The interplanetary magnetic field is shaped by the motions and magnetic pulls of all the planets. For the sake of modeling, I've drawn the magnetic field as a surface below the planets. Venus has a positive pull and Mars has a negative pull. This corresponds to one Kepler-derived scheme of planetary influence, attributing raininess to Venus and dryness to Mars. When Venus and Mars are in opposition across Earth, a sharp gradient is formed: 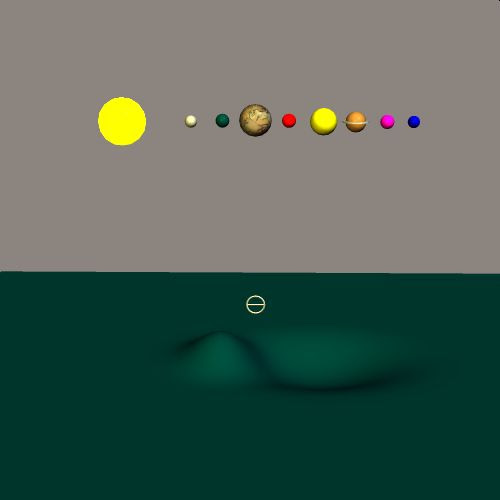 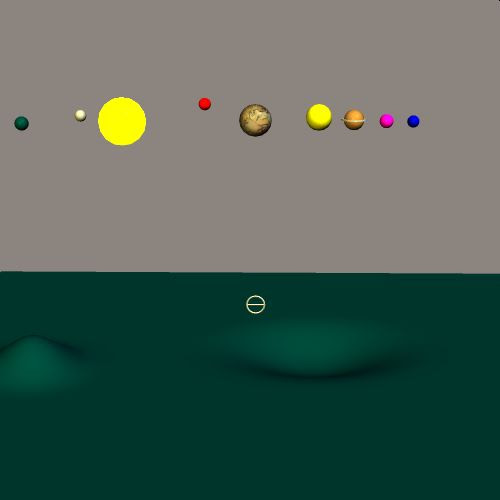 This field does a good job of modeling the influences found by Kepler and his followers through experiment and observation. What's the mechanism? The interplanetary field shapes long-term weather patterns in two ways, one definite and the other speculative. 1. Definite: The field directly moves and shapes our semi-liquid iron core, which moves heat into different areas of the globe. The icecaps are melting FROM BELOW, not from above. The Gulf Stream is being redirected FROM BELOW, not by the atmosphere. 2. Speculative: Bacteria and other plankton are magnet-driven. They navigate by the declination of the field, riding a declination line up or down. When the declination lines change, as they are doing now, bacteria move in different ways, redistributing shade and photosynthesis and nutrition in the ocean. Think Nino/Nina. The magnetic field shapes human behavior in two ways, both speculative. 1. Our cerebellum has an antenna for electromagnetic fields. We don't do a lot of navigating, but we respond in unknown ways to changes in the planet-scale field. When it's stronger, we may be more synchronized and harmonious. When it's weaker, we have less guidance. As now. 2. Bacteria again. Our digestion is performed by bacteria, which are presumably responsive to magnetic fields like the ocean bacteria. When the field weakens or strengthens, they will behave accordingly. Right now the earth's field is weaker, which means the bacteria are confused and sluggish. See Obesity. The next part will dig into the Islamic approach in more detail.