Monday, October 26, 2020
Mayflower radio Many of the early radio stations were founded by rich aristocrats as toys, with varying degrees of seriousness. Here's one that went all the way with aristocracy, yielding no quarter to the hoi polloi. WMAF in Dartmouth. Their brochure, written in 1923, starts with the Mayflower and traces the family of Colonel Green down to the current day.

Within recent years Colonel Green has established there his summer home "Round Hills House."

Here's the station on the grounds of his summer home: 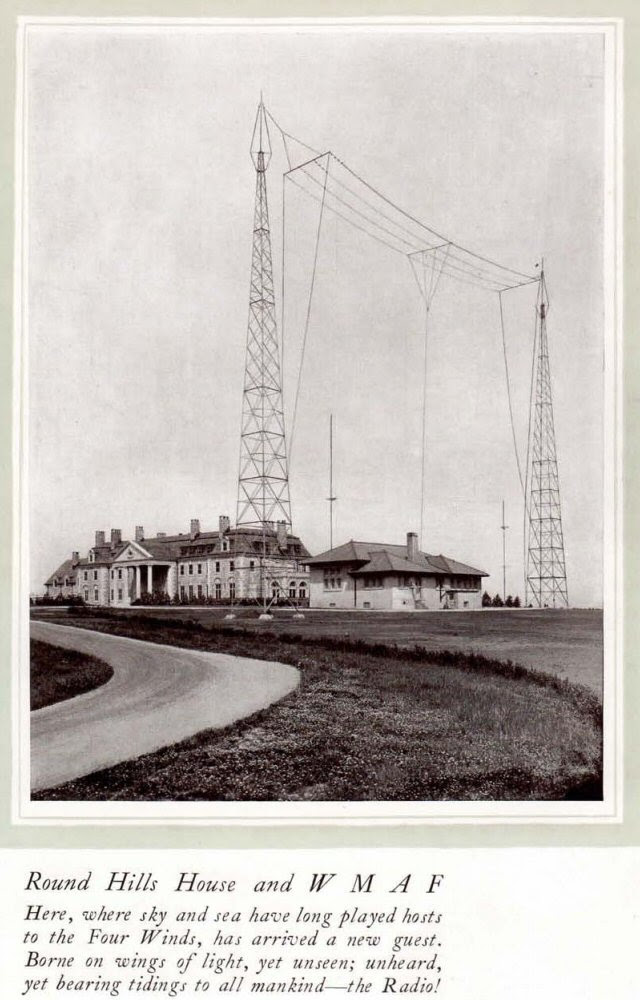 Colonel Green's interest in radio began in 1896. Learning of Marconi's transatlantic experiments, he attempted to adapt the new art to railroad use. Two baggage cars of the Texas Midland Railroad, of which he was President, were equipped with receiving sets and a sending set was installed at Terrell, Texas. The old metal-filings coherer was not satisfactory on a moving train but messages were handled for some months between two fixed stations eleven miles apart.

Sounds like the railroad employees didn't really need the new toy, since railroads already had sufficient communication systems. The interior of the studio was fairly standard for the time, with appropriately elegant furniture: 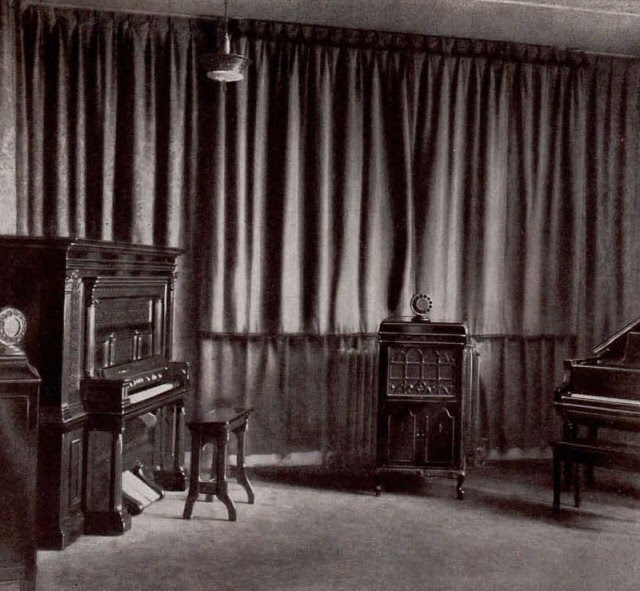 To make these excellent programs available to his guests, Colonel Green has installed on the top of a water tower a group of loud speaking sound projectors connected to another amplifier, the whole being known as a Western Electric public address system. Near the water tower is ample parking space for automobiles and Colonel Green has invited his neighbors to drive in and listen to the programs, which will be clearly audible for a half mile or more. Plans are under way for the installation of additional projectors at Round Hills Light, a rocky islet, so that when the New York boat passes in the early evening the passengers may be entertained and farewell messages may be given to departing guests. 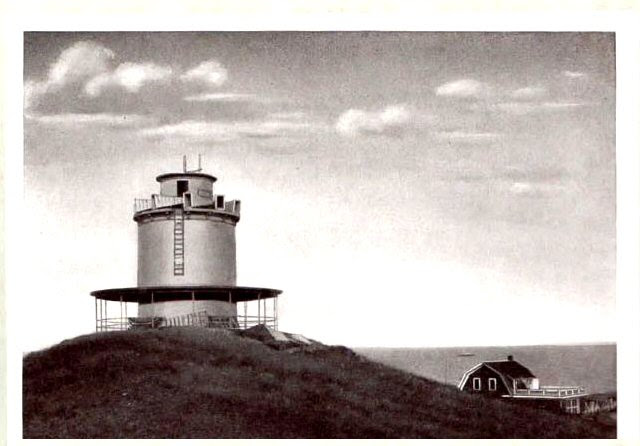 Drive-in radio theater! Radio as semi-exclusive entertainment for the guests of the manor, secondarily broadcast to the seething masses. = = = = = The mansion is still there, now a historical landmark. Colonel Green didn't stick with the radio station, but he invited MIT to use the site and 'seeded' their research. MIT built a radio-telescope on the tower and hosted Van de Graaff's experimentation with high voltage. Later the military used the site as part of its DEW line, "guarding" against mythical "Russian" "invaders". Colonel Green's attention span may have been short, but his influence on radio was long and benign. A wonderful example of science as entertainment! Here's Col Green in his custom-made electric runabout, with direction-finding antenna to check out the propagation patterns from his station. He certainly looks entertained! 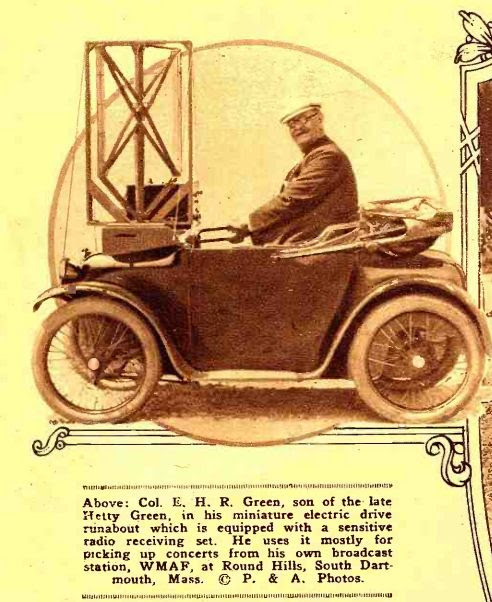 (Financial footnote: Col Green could easily afford to buy toys like railroads and radio stations. He inherited $200 million, equal to $4 billion in today's Monopoly money. Unlike other heirs, he used his toys for good purposes.)