Thursday, May 28, 2020
The Dictaphone Returning to the series of Early Sound Recorders. I needed a booster shot of Metrology, so I detoured to lamp-clocks. The Dictaphone breaks the usual rules of invention and progress. Normally an original form serves only to establish that a function or purpose is possible and salable. Other ways of accomplishing the purpose soon replace it, and the original is forgotten. Not so with the Dictaphone, which is EXACTLY Edison's original 1878 phonograph. As I've noted before, the original was unique from the other time-angle. Most big inventions are ancient dreams and desires that float around for decades or centuries until materials and methods and money come together to make the idea practical. The original phonograph could have been invented 3000 years ago. Since 1500 all the elements have been instantly ready. Clocks and music boxes sideswiped the idea with ALL the necessary technology. Any clockmaker could have made a phonograph in an idle afternoon. Nevertheless, it didn't happen until Edison hit on it accidentally. The simple mechanical original was still going strong in 1950, after wire recorders and disk recorders had come and gone. It was later electrified and lasted into the '70s, when tape cartridges and cassettes finally knocked it out. I've made a 1920s version, similar to the ones I used to see in offices at K-State**. Polistra is dictating from a file. 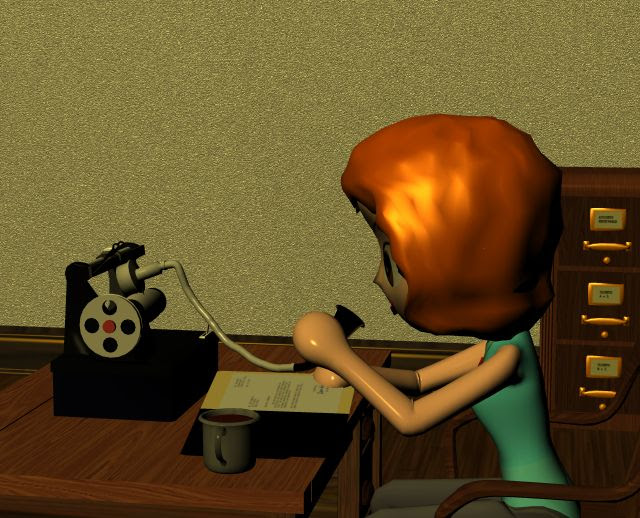 The 1920s version had an electric motor driving the cylinder and worm screw, but the acoustic part was still strictly mechanical. A foot pedal (not shown here) started and stopped the motor. The worm forced the tracker to hold the same position for each revolution of the cylinder, so you could rely on recording and playing in the same grooves. 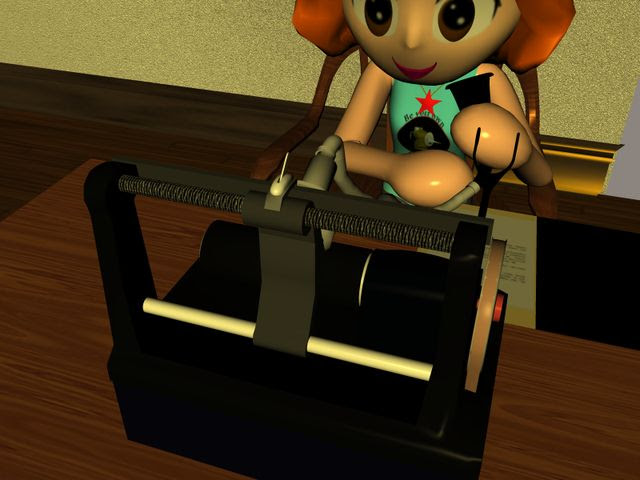 The lever on top lowered the needle onto the cylinder and engaged the worm drive. When the needle was down, Record and Play were both happening at once. If the cylinder was blank and you were talking, you were cutting new grooves. If the cylinder was already recorded, you could hear the existing sound. Later versions in the 30s were all-electronic, with a microphone and speaker, and separate magnetic pickup and driver for the needle similar to phonographs and disk recorders. 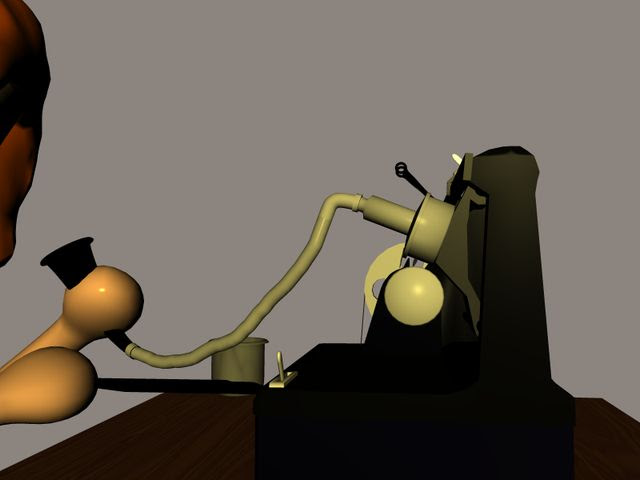 = = = = = ** Intriguingly, one of the old Dictaphones available on Ebay was bought from a surplus auction at K-State. It could be among the units I saw there in the '50s. = = = = = Links for Early Recorders so far: Poulsen's wire recorder The last windup phono The Dictaphone Dictaphone annotator.