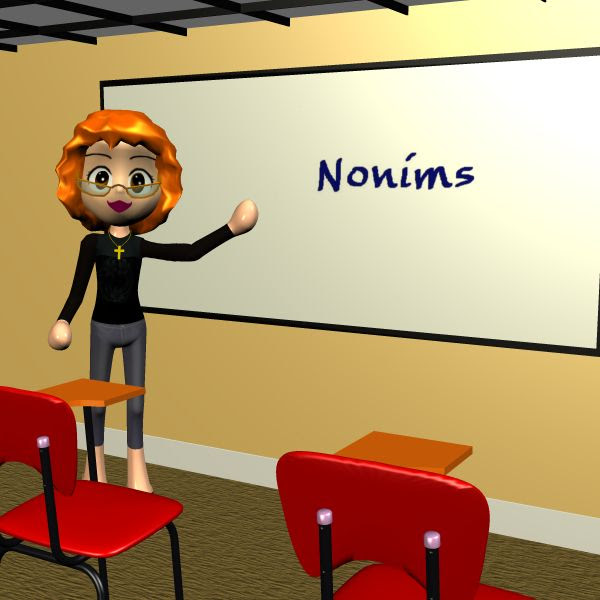 Professor Polistra, short on modern words, has come across a highly peculiar old word in some 1860's texts about electricity and telegraphy. In a discussion of using a bridge setup for measurement, this little word is used casually. 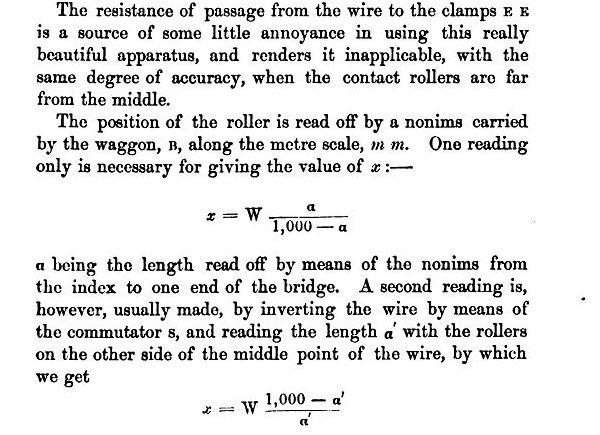 The author uses it twice, so it's not a typo. It's clearly treated as a singular like lens, but what could it mean? Etymology doesn't offer any obvious clues. Shortened from anonymous? Unlikely. Not an acronym; writers back then didn't do acronyms. Almost sounds like a nickname or endearing name for some little trifling thing. Snookums, sweetums, nonims. Google doesn't give any references at all outside this one book. In other words, a total puzzle! 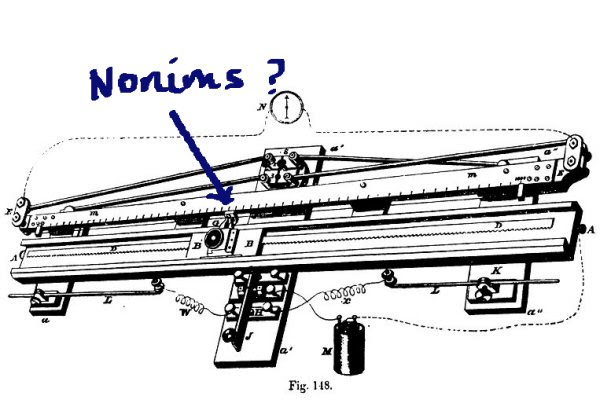 In the accompanying diagram, this pointer might be the nonims, but it's not labeled as such. Sidenote: The diagram shows clearly why Wheatstone's differential measurement apparatus was called a bridge! You can almost see trains and horses rumbling across the scale. I'd always wondered about the terminology, because there's no bridgey-ness in the schematic, or in the more modern box-type bridge circuits. = = = = = Update Mar 2013: Found the answer. The book above contained a misreading of handwritten manuscript. It should have been NONIUS, not NONIMS. Here's a passage from the 1816 Encyclopedia Perthensis that makes it all clear: 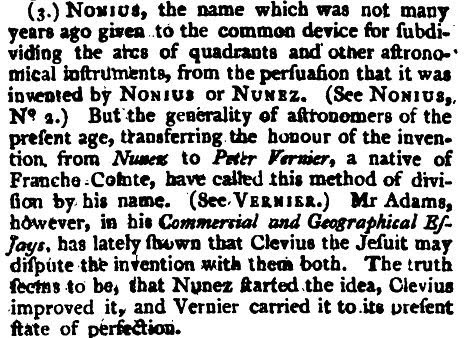 Transcribed: "NONIUS, the name which was not many years ago given to the common device for subdividing the arcs of quadrants and other astronomical instruments, from the persuasion that it was invented by Nonius or Nunez. But the generality of astronomers of the present age, transferring the honour of the invention from Nunez to Peter Vernier ... have called this method of division by his name." Vernier is a perfectly familiar term, though I suspect it's nearly obsolete now. Old electronic measuring instruments, or the cylinder of a micrometer, use a vernier scale to add more precision without adding an extra geared-down dial. In later use on electronic equipment, the term came to mean a dial with an extra geared-down knob, especially a nice smooth one .... thus inverting the original purpose! The word itself probably contributed to this inversion. Say verniiiiieeeerrrr and you can just feel that flywheel spinning you smoothly across the bands to reach Havana or Lisbon.