Monday, January 04, 2021
Literal computer I'm studying old analog computers this week, setting up a graphics project along those lines. Yet another lost and un-re-discovered technology. Some of the computers in the '30s were weirdly complex and designed for a highly specific task. Patent 2179822, a computer to simulate the balance in an airplane. 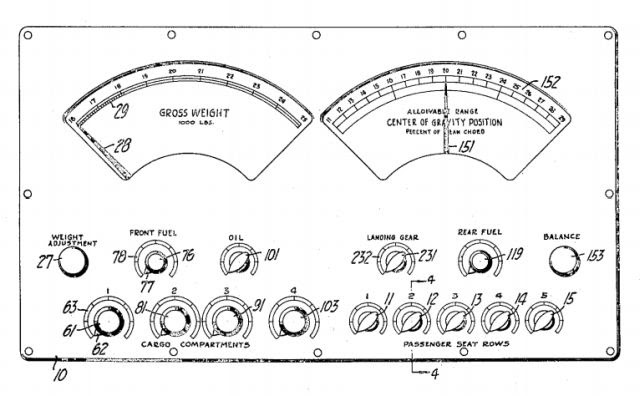 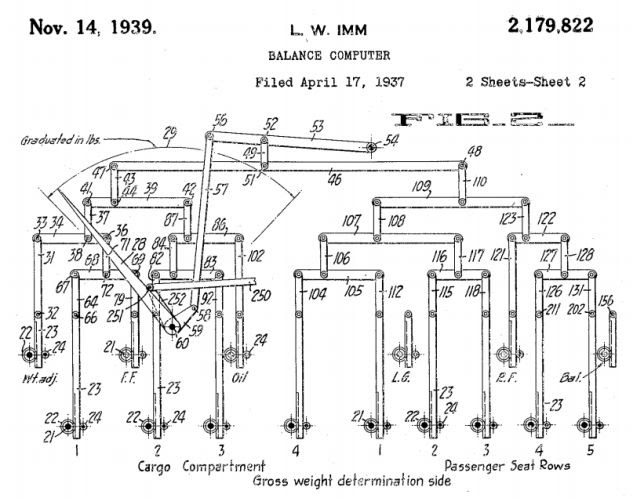 This is a mechanical balance or bridge providing a scaled-down version of a real multi-dimensional balance, the weights in various parts of the plane pulling against the center of gravity. It automatically computes the vector sum of the torques in foot-pounds. The feet part is constant, set by the length of the arm, and the pounds part is variable, set by the rack-and-pinion knobs. Early passenger planes were highly sensitive to loading patterns. Airlines in those days knew the weight of every passenger and luggage item because they weighed everyone. With this gadget, the loading agent could try out the weight in each row and tank and compartment as he processed them, simply by setting the dials for each. The net balance would immediately show on the dial, so he could move a heavy passenger from row 4 to row 1 before really loading the plane. I'm sure digital computers in the '60s could calculate the result, but there wasn't a way to instantly input each estimate and read the result until the '90s. This mechanism isn't really an analog, it's just a scale model of the aircraft. A literal computer!