Thursday, January 21, 2021
Community is self-sustaining when permitted KSHS has a brief burst of activity again. They feature some pictures from Elk Falls, taken around 1890. A mill was built on the falls, which was already decrepit and abandoned at the time of the pictures. So the town never had a serious central industry. Elk Falls is in the SE part of the state around Coffeyville. The town was never large, but in 1920 it had a newspaper:

Pop 271, weekly paper with circulation of 250. Enough to keep a business going. Before we burdened businesses with infinite compliance requirements and huge "health" "care" costs, a tiny town could support a variety of skills profitably. Is anything left? Not much, but still more or less running and more or less maintained. Googlestreet starts with a bonus '50 Buick plus two auxiliary Yugos, parked by a building that might have been a bar at one time: 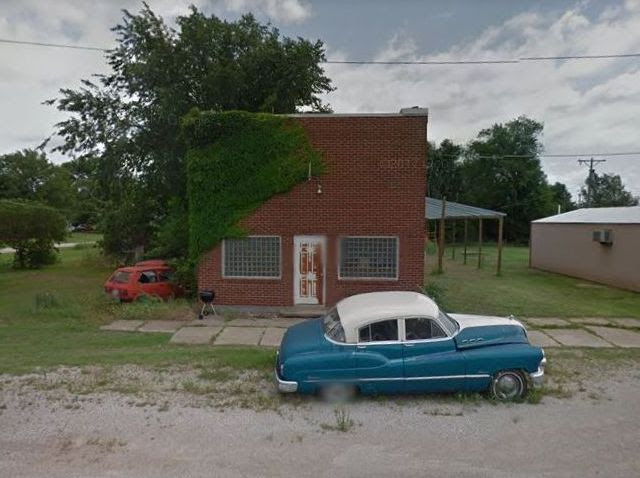 Here's the rest of the business district, with PO and one active store. Note the wide sidewalk, typical of small towns. 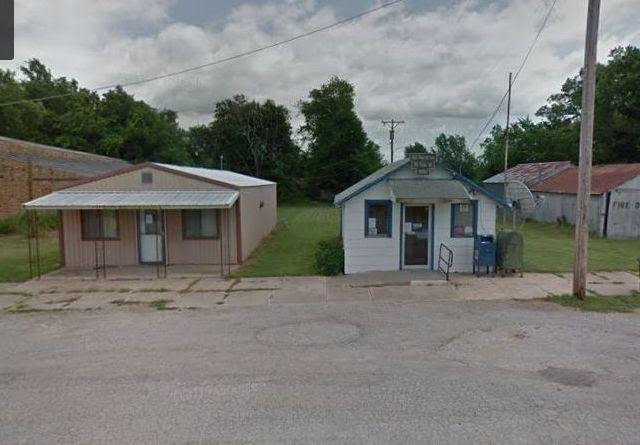 Across from downtown is the city park, with a restroom that also seems to be maintained: 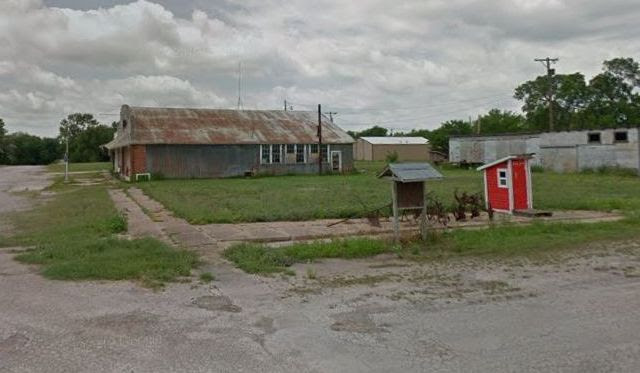 There are several other portapotties scattered around town. Maybe for migrants? And in the leafy suburbs, the sidewalks continue. Streets are mowed and maintained, and there are trash bins out for collection. This corner shows an interesting remnant of a grand traffic circle, and a courageous local citizen who seems to recognize that the camera is the Eye of Satan. 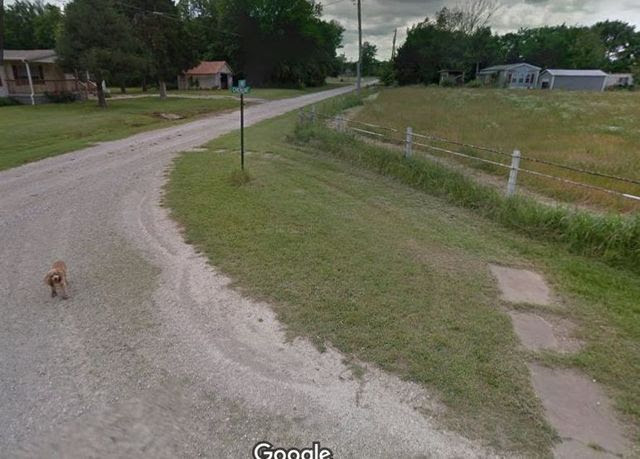 Graybill doesn't apply to dogs. They continue doing their jobs and using their skills regardless of offshoring and mandates. Later: The original town map shows a circle in the middle of a theoretical market square: 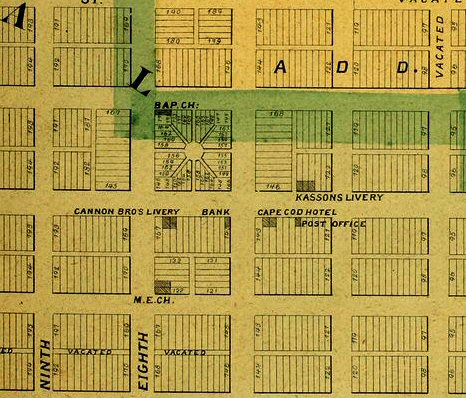 but it's not quite the same location. I was probably misreading an intersection of sidewalks, deluded by the mower's circular path. The local citizen wasn't deluded. He knows Satan when he sees it.