Wednesday, December 02, 2020
Mont-gros This bit of graphics started from thinking about James Hartness, the semi-pro astronomer who became governor of Vermont in the '20s. Hartness invented a specialized form of telescope that enabled him to stay comfortably inside, without having to pivot around with the end of the scope. 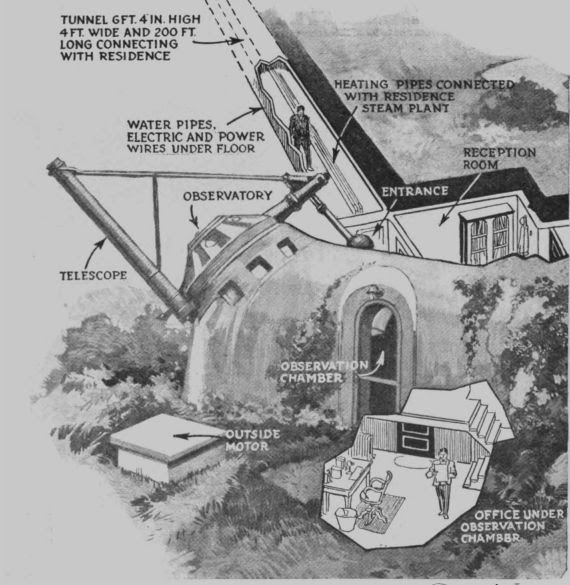 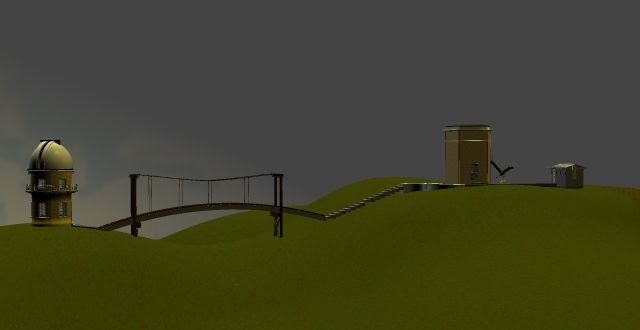 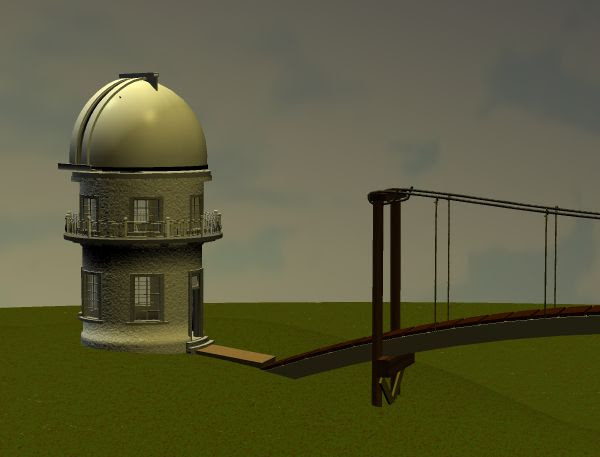 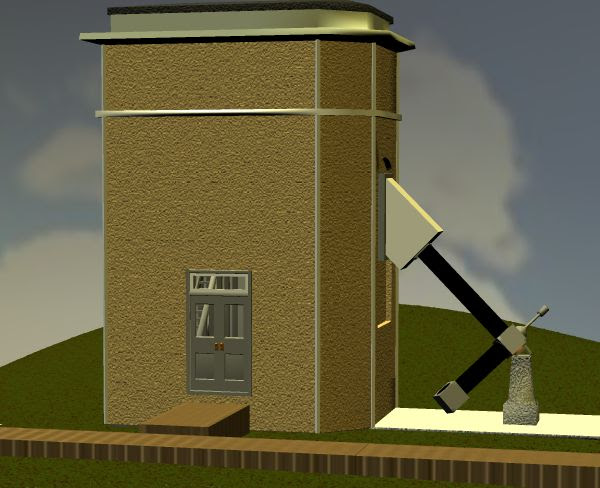 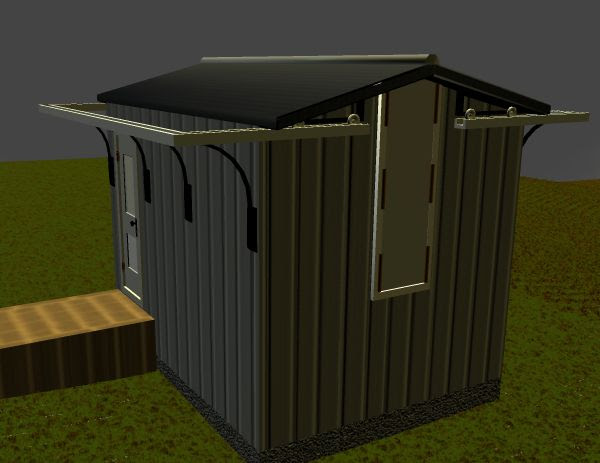 This small building is no longer there, judging by various pix. = = = = = The coudé was specialized from a more general Equatorial. The Equatorial reaches all parts of the sky in a peculiar way, unlike the more ordinary and understandable Altitude and Azimuth system. Here we run the Equatorial through all of its gyrations, with Happystar desperately trying to hold on and observe.

= = = = = The little transit building didn't need a rotating dome because sidereal transits are aimed at the same part of the sky all the time, calibrating the time of transit of one chosen star. It had a clever roof opening setup:

Here Polistra is clicking the key when the star crosses the lines on the transit's lens. (I described this process fully in the Elgin set.)

= = = = = Irrelevant sidenote: This early '50s episode of Public Defender makes reference to sidereal timekeeping. An amateur astronomer working in an oilfield is framed for a crime because he sighted through the top of the derrick to check his watch, and noticed by the shifted star location that the derrick had moved slightly. The cheaters who moved the derrick onto a different mineral-rights claim had also murdered another worker for cheating at cards. They tried to get away with both crimes by framing the astronomer for the murder. Highly contrived and illogical** but nevertheless a unique mention of a SKILL that had been obsolete for several decades. The episode makes a more important UNcontrived point in the realm of skill-estate. When you have a serious skill or talent, you automatically keep in practice whether your job requires it or not. And that's exactly what I'm doing here. LIFE IS PURPOSE. ** Illogical: Unlike TV criminals, real criminals don't plot The Perfect Crime with 47 moving parts that mesh in perfect clockwork sequence. Real criminals, such as gangsters and governors and mayors and presidents and stockbrokers and Public Death Officers, steal because they enjoy stealing and kill because they enjoy killing. LIFE IS PURPOSE. = = = = = Poser set Released on ShareCG.