Thursday, May 21, 2020
Where's the Mafia when you need them? I've been pointlessly asking Where are the Guilds? Here's a better question. Where's the Mafia? = = = = = START REPRINT: Prohibition wasn't a response to flu, and it wasn't an intentional part of Madman Wilson's agenda. It was a Federal formalizing of a movement that had been accumulating in the states for 40 years. By 1920 enough states had their own prohibitions that they could leverage a Federal amendment. Prohibition didn't automatically close anything; most breweries and distilleries were able to switch their output to non-beverage products. Bars and restaurants changed their menus but didn't change anything else. We might draw a useful analogy from the public response to Prohibition. After a moment of obedience we cheerfully found and developed workarounds, and most police winked at the workarounds because the workarounds paid the police. That's the most optimistic vision of the near future. It's time to resume old-fashioned corruption in ALL fields of endeavor, since ALL HONEST WORK has been outlawed by the holocaust. 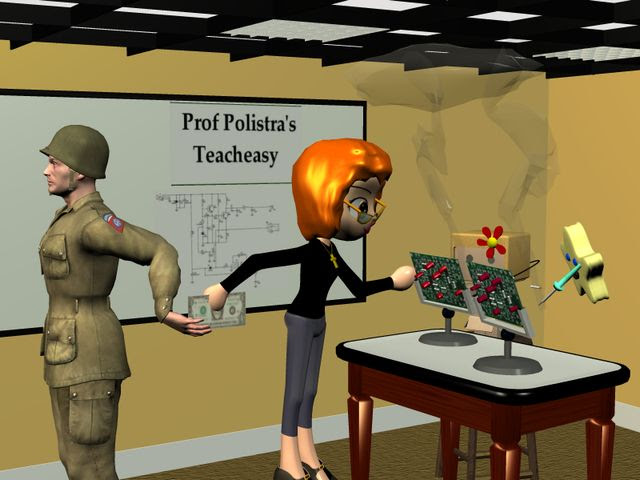 = = = = = END REPRINT. In Italy the Mafia is still active and useful. At the start of the siege there, the Mafia fed unemployed workers who were not receiving anything from the government. In most of US the Mafia has lost its power. Where have all the mobsters gone? Gone to Wall Street every one. Now they're part of the "official" NYC power structure, able to get billion-dollar bailouts and infinite power with zero chance of punishment. No risk, all murder. We need to reconstitute a network of non-NYC psychopaths who use their evil powers to employ ordinary people for currently illegal activities like manufacturing and hairstyling and teaching, instead of following the NYC practice of slaughtering ordinary people. Ordinary people would be happy to work for gangsters if the gangsters offer real work in exchange for real pay. I've seen this setup in Enid, which was a solidly 'connected' city. Low crime, low cost of living, plenty of work as long as you kept your trap shut and paid your vig. The BIGGEST advantage of operating outside the law: You can eliminate ALL THE OTHER SHIT that gets in the way of doing a proper high-quality job. Rules, regulations, litigations. Mafias don't meekly "comply" with regulations, and mafias don't meekly settle lawsuits. Mafias deter regulators and lawyers with violence and extortion, ideally stronger violence than Deepstate and nastier extortion than Epstein. The only rules that matter are real safety rules. If you're working around combustibles, don't smoke. If you're doing delicate or dangerous work, you can't be drunk or high. WHEN WORK IS OUTLAWED, ONLY OUTLAWS HAVE WORK.