Thursday, September 06, 2018
More Wow Following on this.... Another fantastically complex yet common computing system used in railroads 150 years ago. The staff system began in England with wooden staffs, clearly inspired by the tally sticks that had been used for accounting. Each staff was a rod "like a policeman's truncheon", and the staffs for various sections of the line were marked and notched in specific ways. Some of them had a key built into the end to unlock a box containing a receipt. A train entering a section picked up the correct staff, and had to hand it back to a dispatcher at the end of the section. The purpose was to insure that each section was occupied by only one train at a time, and to insure that each train reaching the endpoint had been authorized to enter. (Hadn't slipped in from a siding.) Later versions used metal staffs with mechanical interlocks: 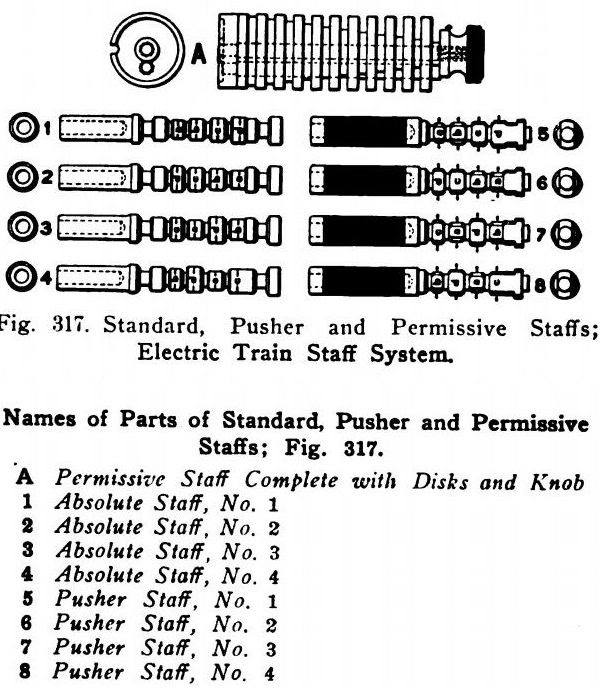 and each end of the block had a Staff Machine like this:

again using the vending-machine approach like the Torpedo Placer. To avoid stopping, there were staff cranes similar to mail cranes: 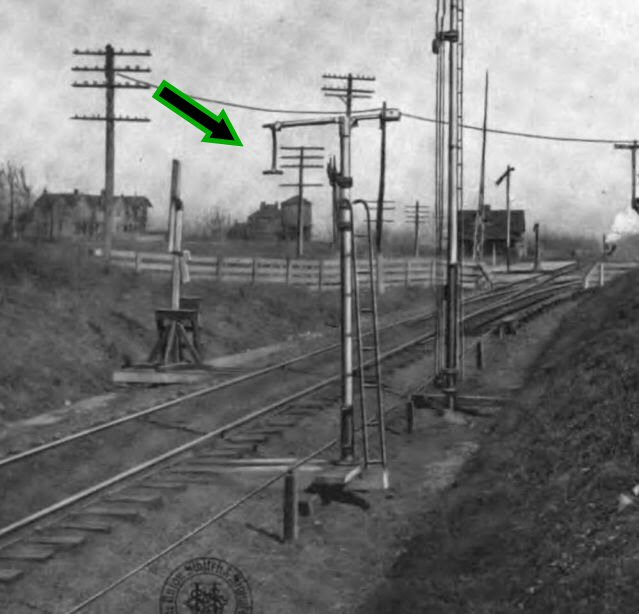 How did it work? Elementary, my dear Watson.... 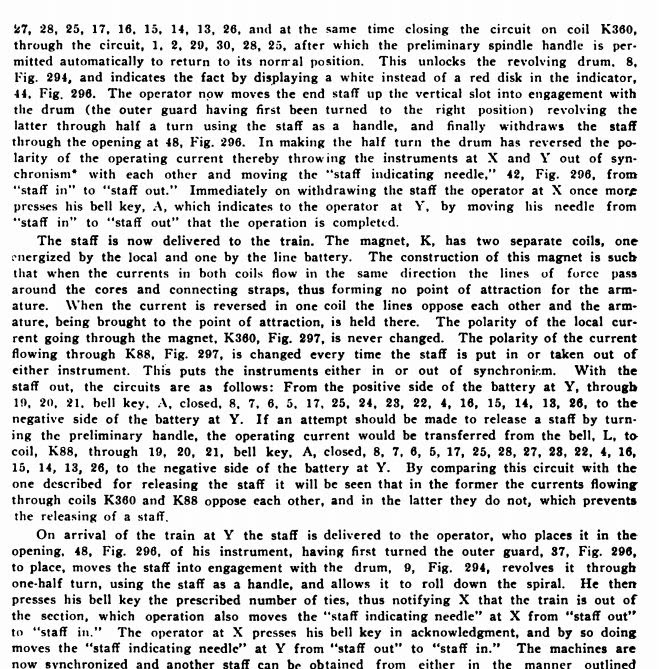 Well, maybe not so elementary. This is just part of a five-page description, all equally dense and complex. = = = = = Checking my biases: In 60 years of electronic activity, I'd never encountered any of these mechanisms. Was I just blind to railroad stuff? Ignoring it because it wasn't interesting? Using the search button at American Radio History, the answer is no. Railroads are rarely mentioned. Even in the earlier periodicals when rail was the dominant transportation, there's not much material. Even as the signaling systems became specifically electronic, with tube circuits replacing magnetic circuits, there was no attention in the 'outer world' of electronics. A few railroad items appeared in the '40s when the Morse-style signals began to be replaced by two-way radio systems, but that's no longer peculiar to railroads. It was just a new application of a system already developed for police and taxi use.