Wednesday, December 06, 2017
Parkinson and witch-hunts News: The Church of Zuckerberg has appointed TEN THOUSAND inquisitors. = = = = = Let's look back at another time when the dominant church had a similar number of inquisitors, using a detailed 1887 book by Henry Lea. = = = = = How did the practice of witchcraft spread? By Inquisition. 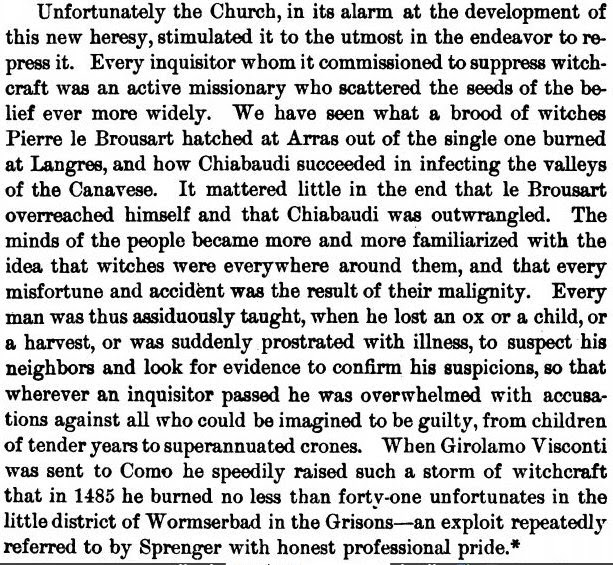 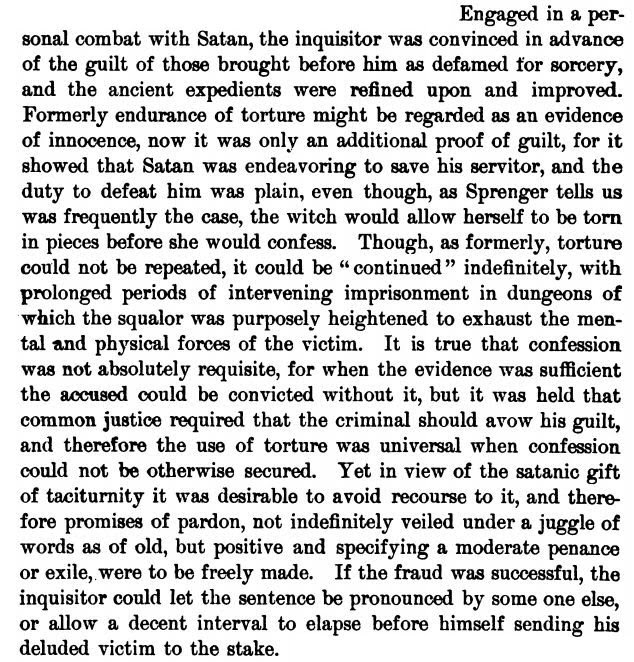 Sounds familiar, because our Secular Bureau of Inquisition has generously preserved and maintained the fine old classical methods. Pope Zuckerberg doesn't need to reinvent; he can just copy modern Best Practice. = = = = = And now the fun part! From Turberville, 1921: After you set up the assembly line for accusation, torture, confession, and execution, you can boost your budget and workforce TO INFINITY by a neat bit of magic, similar to QE or MMT. 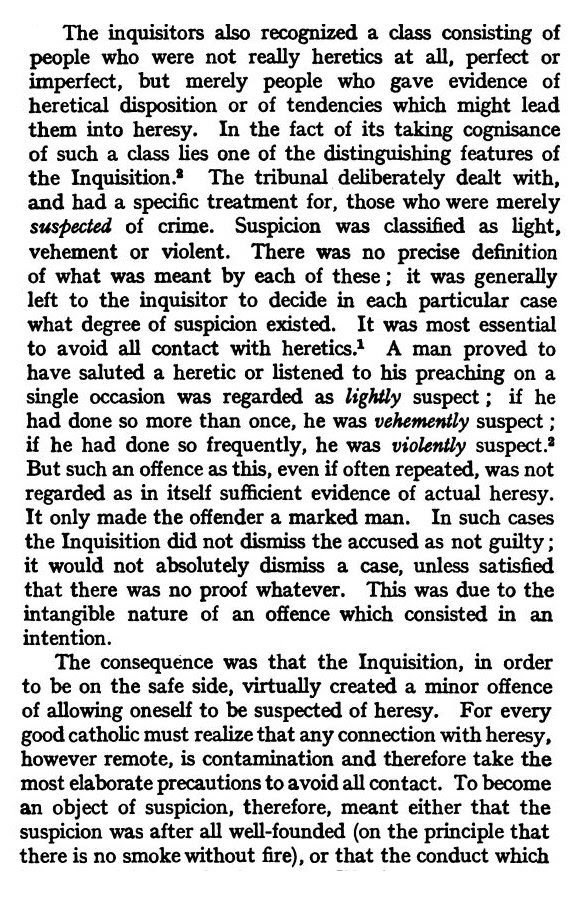 Anyone you suspect is automatically jumped forward to execution, because being suspected is identical with committing the heresy. An action by the Inquisitor magically switches to an action by the accused. Again our Secular Bureau of Inquisition has sharpened this technique to a fine art. When the Bureau decides you're a heretic, you're automatically barbecued. From the feedlot to the grill without a hitch. = = = = = How did it end? I noted earlier that the English version of the Inquisition faded after a judge turned out to be the source of one witch's power. In France, it ended when too many of the Correct People were being burned. Share value (or in those days the value of nobility) was starting to drop. As long as the Insatiable inquisitors were burning Deplorables, other Insatiables admired the purpose of the project. When the limited assets of Deplorables no longer satisfied the Insatiable greed, a few People Who Counted were starting to burn.