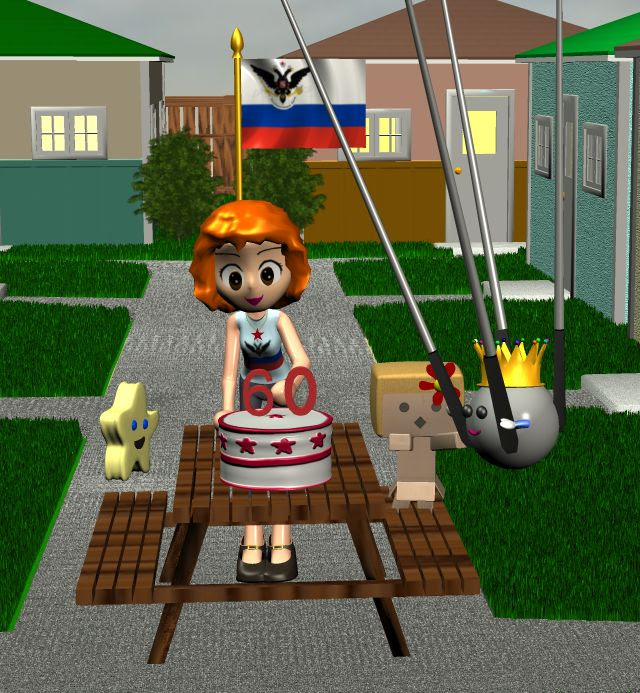 Basically reprinting what I wrote on the 57th, which is even more valid now: Polistra has saluted Sputnik before with an essay on the idiotic notion that Sputnik "woke up" our education system. In fact our response to Sputnik made our schools distinctly WORSE. Soviet schools were doing all the right things (learning by experiment and discussion) while ours were stuck in rote memorization. Before Sputnik we were at least memorizing useful facts; afterward we switched to memorizing pure shit with no conceivable connection to math. A couple of newer comparisons are evident now. (1) We constantly mocked Soviet education for teaching the theories of Lysenko. Turns out Lysenko was right, or at least closer to right than our pure-Darwin approach. Acquired characteristics CAN be inherited. Every new discovery in epigenetics reinforces Lysenko and diminishes the Darwin part of the genome. (2) Our current cultural and educational setup BREEDS TERRORISTS. It's a factory farm for rioters and radicals, with FBI stings as the final packaging and marketing stage on the assembly line. Who leads revolutions? Logical kids. Engineer types. People with a strict moral code. Our school culture slams those types down to the bottom of the status stack and keeps them there. Athletes and extroverts get all the status and honor. If the engineer types survive they may gain some monetary revenge, but their status never improves. We are also mass-breeding the privates in the revolutionary army. By eliminating industrial jobs we've turned lower-intelligence males into useless vestiges unsuitable for marriage. (Polistra has hit this point often; Kunstler has a powerful recent piece on the subject.) The Soviet system, for all its other problems and errors, didn't make this mistake. Everyone had a job and a position. Everyone was useful, and scientist/engineer types were highly valued. If they served the state well, they got special housing and special privileges.