Thursday, May 04, 2017
Another self-defense tool Yesterday I noted a connection between guns and cigarettes:

The tobacco industry can feel secure against takeover by Amazon and Google. Another safe space is guns. Sorosians hate tobacco and guns with an equally screechy ferocity. What do guns and tobacco have in common? Both are SELF-DEFENSE tools. Globalism requires TOTAL VULNERABILITY to weaponized criminals and weaponized governments and weaponized media and weaponized schools and weaponized churches. Guns defend your body and house against violent migrants and criminals, and tobacco defends your soul against tyrannical oppression by culture and media. Both are risky, but in a situation of total invasion or oppression the defense can be worth the risk. More smoke = less snowflakes.

= = = = = Another self-defense tool is THRIFT. Saving money, storing spares. How do I know it's a self-defense tool? Because the Insatiables REMOVED IT when they finished their complete takeover in 2008. Here's a recognition of the fact from a much earlier time, long before the takeover. Mass media were not fully bubbled yet in 1955; their writers and producers still had some connection and empathy with Deplorables. They occasionally helped Deplorables to defend themselves against Insatiables. In this 1955 episode of 'Man behind the Badge', a smooth con-man is charming a lonely lady into handing over her life savings for a fake oil-well project. 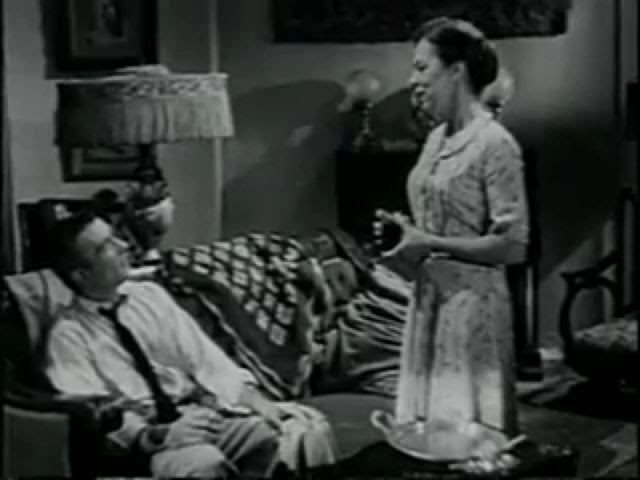 Con man: Oh, my buddy gets lots of offers for his oil rights, but, you know, he's lived alone too long. Suspicious of people. Lonely lady: Most people who live alone get that way. Con man: There's a whole world waiting for them. All they have to do is walk out and meet it. Lonely lady: It's not that easy. Con man: Well, it is if you have money. Heh. I'm a fine one to talk about money. To me it's just something to spend. ... ... Con man: I know some men in Canada who'll finance the project. I told them i'd spend their money as fast as they make it. Lonely lady: Now perhaps if you would exercise a little THRIFT... Con man:THRIFT???!!! Thrift is for the insecure and the frightened. = = = = = There it is. Direct and explicit. Thrift is a self-defense tool. Insatiables have always used this siren song to pull Deplorables out of our natural defenses. "You don't want to be insecure and frightened, do you? You want to be just like us." In 2008 they got tired of the inefficient process of deception and simply canceled out thrift entirely. No monetary reward for thrift, so you might as well "spend it as fast as you make it." Preferably a lot faster so we can charge you 30% on credit cards. Many countries are already taking the next step, imposing a direct monetary FINE on thrift through negative interest. The final step is cashless economies.