Wednesday, April 26, 2017
Experiment, experiment, experiment. For several months I've been bothered by the HD motor whine from the computer. The freq is close to my tinnitus, and it tends to 'beat' with the tinnitus. Hugely annoying. I bought some acoustic foam, advertised as damping resonances of the computer's metal case. Tried wrapping the foam on all sides. No help. Tried putting the foam in front to block airborne sound through the plastic. Some help but not enough. Finally, just for kicks, tried putting the foam against the desk near the computer. 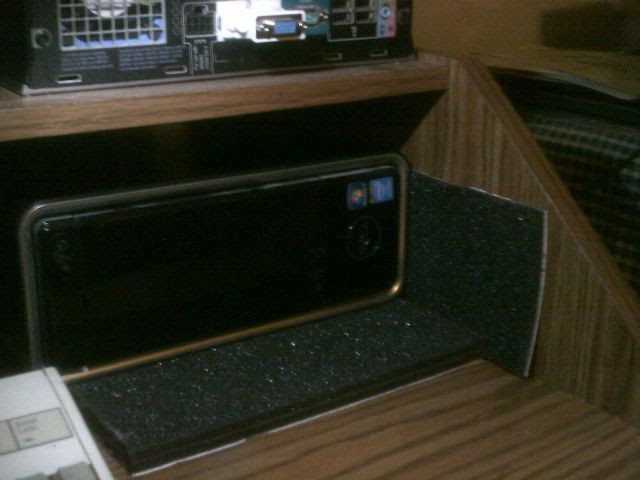 That does the job. I can still hear the disk if I try, but it's no longer the MOST SALIENT SOUND, and it no longer 'recruits' my tinnitus. As usual, good science means abandoning theories and presuppositions. Just TRY EVERYTHING. Especially try things that "can't work" or "shouldn't work". = = = = = Three days later: Yup, still working. I wasn't fooling myself, as I too often do. This significantly reduces headachy tension and stops the mutual-resonance effect with tinnitus. Three weeks later: Still working. With less salient tinnitus, I find less need to use radio noise as masking. Nowadays radio noise is nothing but