Thursday, October 27, 2016
What are you paying for? Still feeling somewhat guilty for using Brüel & Kjær when I could have pushed for GenRad, I decided to make a small votive offering to the Made In USA gods, who are also the analog gods. Found a GenRad sound level meter on Ebay from a vendor in Kansas, bought it for $50. 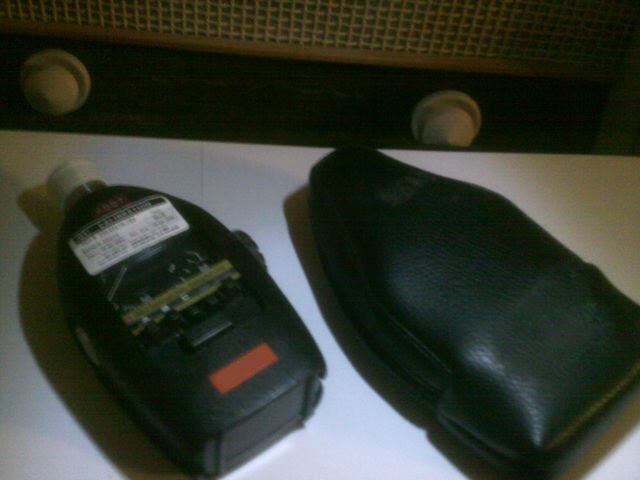 This one is about 20 years old. It was used by the Kansas Dept of Transportation, probably for highway noise abatement studies. Note the calibration sticker from 2004. Presumably the Ebay vendor bought it at a state gov't surplus auction. SLMs aren't especially exciting or complicated. I bought a similar-looking Chinese unit from Radio Shack back in the '90s for the same $50. New Chinese SLMs of similar specs are still in the $50 range. This GenRad unit is higher quality than the Radio Shack SLM. Claims to be made in USA. Satisfyingly hefty and still working perfectly. The pouch is real leather. Based on those differences, I guessed the price of a new unit should be around $300. What's the actual GenRad price? 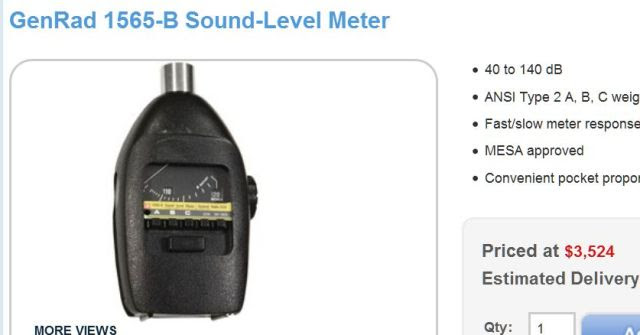 THREE THOUSAND DOLLARS? YOW! What are you paying for? Simple answer: Legal authority. Chain of evidence. Bully power. When you buy new from GR and maintain calibration through GR, you can use the readings in court. That's why the Kansas DOT buys from GR instead of using cheap Chinese meters. They have to be prepared to defend all of their decisions against a Soros-powered environmental group, or against a JPMorgan-powered corporation. Noise readings are a minor part of those defenses, but even noise readings have to stand up in court. Direct parallel to medical costs. When a doctor tells you to buy a Mylan EpiPen for $700, the doctor is comparatively safe because Mylan has performed all the FDA nonsense. If the doc told you to buy an equivalent EpiPen through Craigslist for $10, he wouldn't be safe from lawyers. This is the dominant form of 'economic rent' in USA STRONG. It's a Tribal protection racket, indistinguishable from the older Italian version. Syndicate creates a threat, then charges citizens to avoid the threat. Well, there is one difference. The Tribal syndicate has an iron grip on all levels of government, while the Italian syndicate was only able to buy some parts of some city governments. So there's no Bunco Squad available to counteract this racket. = = = = = June 2020 footnote: I finally made this SLM useful. I don't really need to take noise readings. I bought it partly as gratitude to GenRad, and partly for the sound output, thinking it would serve as a microphone. At first I couldn't make the output work, so I assumed it was broken, or maybe it wasn't really meant to be a sound output. The SLM stayed on the shelf for 4 years. Finally this year I got bored enough to try it again with different plugs and cables. The jack is a 'micro' size, and it's recessed behind a D-shaped plastic hole, so most plugs can't get in. I suspect it was meant to take a proprietary GenRad plug, like the similarly official Webster Chicago wire recorder. After I found the right narrow-handled plug, the SLM turns out to be a splendid microphone, putting out lots of voltage to satisfy the computer's input. No hum or hiss, and the weighting buttons filter the sound in different ways. Rediscovering or rejuvenating a forgotten item is one of life's outstanding pleasures. = = = = = July 2020: Now I'm using it for noise readings after all.