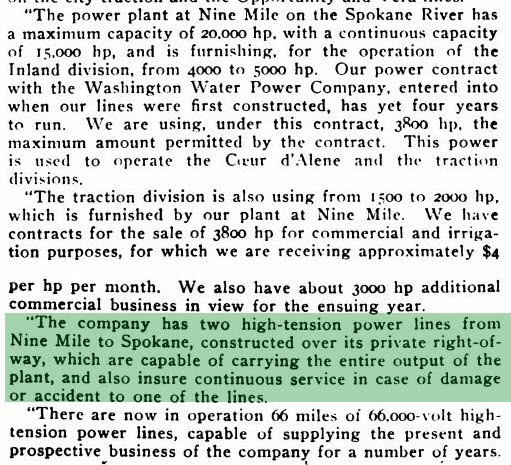 2016: Along the same Nine Mile-to-downtown corridor, Avista is repairing and replacing some poles, supposedly to make recovery easier after a windstorm. They have evolved a new version of the two-line method. Cut off the old pole, leave the part that holds the Comcast and phone lines, add a new pole next to it for the high-voltage line. Senior pole, junior pole. 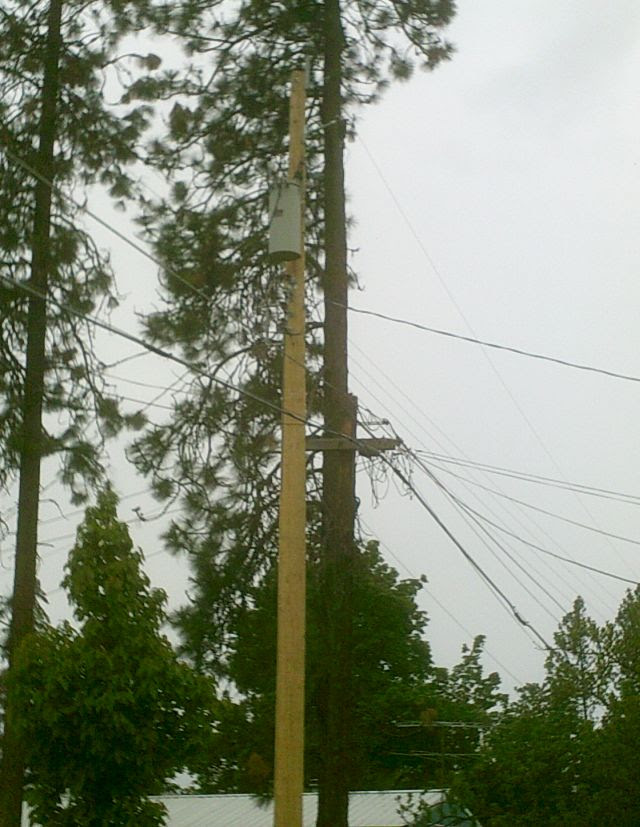 = = = = = I was already thinking about this corridor since I'm "building" another set of interurban-related Poser scenes. One of the pieces is a semi-realistic version of the Inland frequency changer substations. These cottages contained dynamotors that converted the streetcar's high voltage DC to 110V AC for household use. 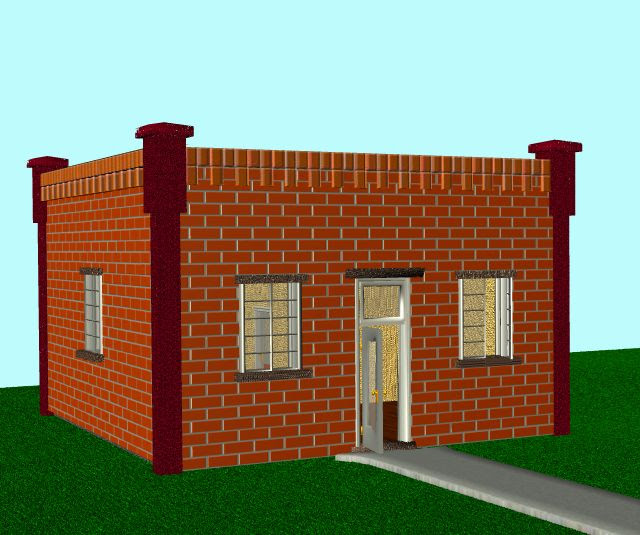 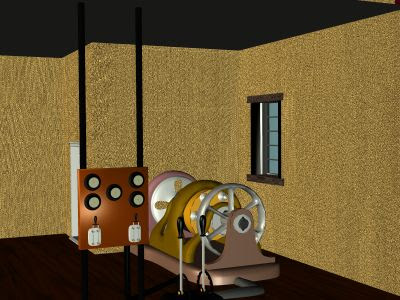 Unlike most of the crap I "build", these cottages still exist in this neighborhood. After the streetcar system died in the '30s, WWP/Avista continued to maintain them as storage buildings, finally sold them to private buyers around 2007. One of them was immediately occupied and expanded without ruining the original part. The other was remodeled in an overly ambitious Wrightian style on spec. It was occupied for a little while but has mostly been vacant. Moral of the story: When a building is already right, don't try to make it Wright.