Thursday, April 21, 2016
Did this become the '69 C10? An older issue of Collectible Auto featured these sketches, made in 1953, for Studie's next generation of trucks. If Studie hadn't been dissolving in its own stupidity at the time, this probably would have been the '55 model. (The lower two are Studebaker's actual '53 trucks.) 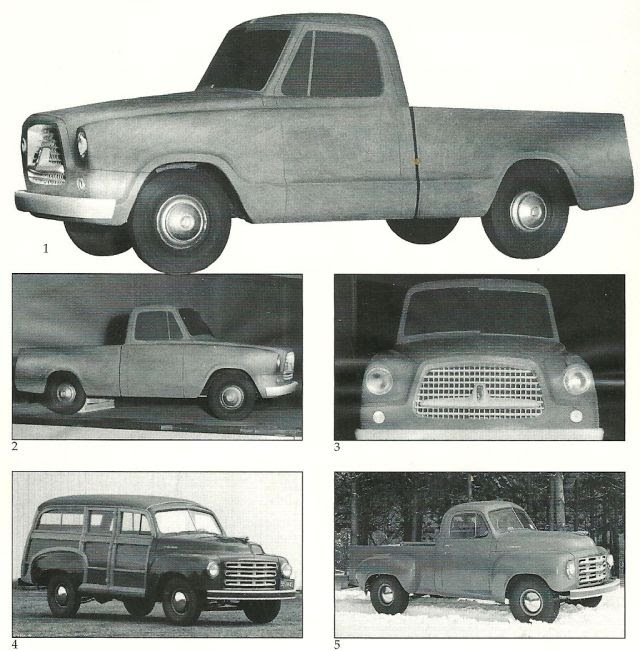 Note two things: 1. Widebed. The big three had also been thinking about widebeds for a long time until Ford finally hit the mark in '57, with instant public appeal. Narrowbeds immediately receded to a specialty item. Studie could have scooped Ford in '55 with this model. 2. Sharp angles. No other truck looked as sharp. The big three remained round until Chevy finally hit this mark in '69. In fact, leaving out the Larky McLarkface grille, Chevy's '69 looks a LOT like this design. I suddenly remembered a coworker in '74 who commented that GM had stolen their '69 from Studie. Dude was a storyteller who liked to spend hours narrating his dubious "Navy Seal" career, but he just might have been right about this.