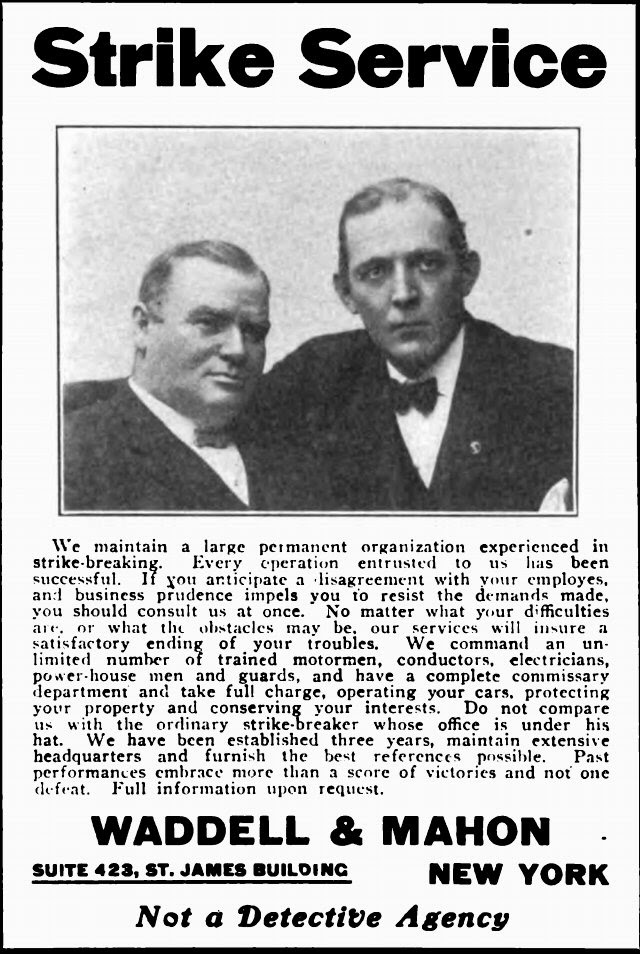 Nice straightforward honesty. These two dudes look like they can get the job done. But note that the job is NOT bashing heads of strikers. A company can hire its own thugs for that purpose easily. Waddell and Mahon are offering a deterrent to strikes in the form of a complete substitute workforce, always maintained and ready to travel. When a union knows the company can call in Waddell and Mahon for an instant plug-n-play replacement, the union's strategy changes. Could we use this idea the other way around? Our government has been on strike since 1989. It has been refusing to do basic tasks like defending borders and maintaining infrastructure. Instead it has been smashing its own people with intentional invasions by foreigners, breaching dams, stealing savings and pensions through ZIRP, eliminating jobs and skills, and invading foreign countries for no purpose except mayhem and murder. When we consider replacing a striking government, we hesitate because there is no real replacement force. We need a Waddell and Mahon, a ready-made set of bureaucrats and generals and politicians, who can instantly take the reins and start performing CORRECT duties after the revolution.