Friday, October 30, 2015
Regeneration 4 Part 4 of a series, following from 3 and 2 and 1. I've been discussing manual regen controls, manual chokes, manual ignition timing. This line of thought originated from a specific conversation with Grandpa in 1962. Grandpa was dying early from alcohol and tobacco, and the family went to visit him one last time. As we hung around Grandpa's house, or visited nearby parks, Grandpa kept saying true things, and parents kept trying to Rectify him, nervously painting over the facts with conventional leftist crap. I wasn't sure what to think. Grandpa's observations matched what I saw with my own eyes, but didn't match what I'd always heard from parents and TV and books. I think Grandpa got tired of being painted out. At one point he decided to go for beer and cigarettes (yeah, those were killing him, but it was too late to stop) and took me along. No parents, just me. I don't remember most of the conversation but I remember one emphasized item that seemed to summarize his intentions. We were talking about his old '52 Ford Mainline. I must have been asking why anyone would want a plain car with no power steering, no radio, no automatic, none of the 'exciting' stuff that 'everyone wanted' in 1962. Grandpa pointed to the manual choke. He told me that Ford was the only car that still offered a manual choke. He said it was important to have a simple car that you could understand and fix by yourself, and it was important to have direct control over the car. Extend car to life, and there's the message. Same as Carver's message. Look about you. Take hold of the things that are here. Talk to them. Let them talk to you. Dying old engineer trying to pass the key to young potential engineer. He succeeded. I've done a shitty job of following his advice, but I've always remembered and tried. 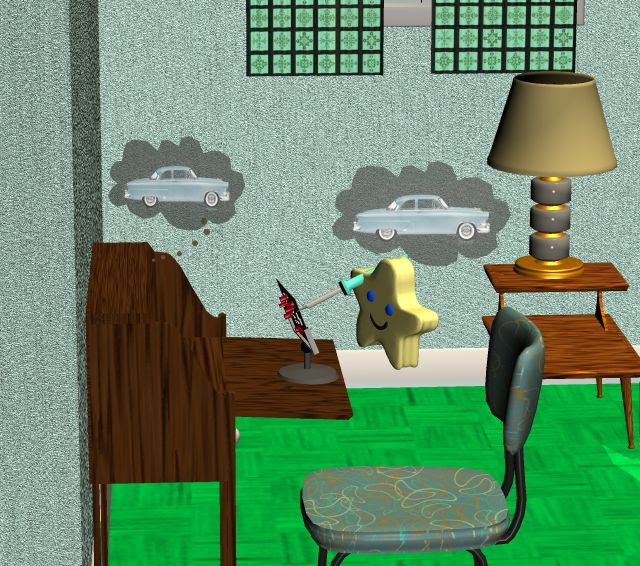 As implied before, this inherited desk reinforced the message. Earlier this year I decided to 'regenerate' the desk as a workplace to get my direct-control hands back into action after years of frustrating jelly-nailing software work. I pried off a compartment that interfered with my soldering iron and vise. The compartment revealed a couple of insignificant letters that had been hidden in 1938, probably by kids playing games. The letters didn't hold any secrets, but their postmarked presence helped to turn an old family story toward Grandpa's side, which had been painted out.