Wednesday, October 14, 2015
Keyloggers and Lysenko Interesting discussion at ArsTechnica about a clever keylogger bug that KGB implanted in the Selectric typewriters at the US Embassy. The bugs remained in place from 1976 to 1984, when someone finally spotted them. The commenters are more interesting than the article. A few showed the usual USA STRONG contempt for Russian technology. Others had actually worked in similar places and knew the truth: Russian technology was superior to ours at that time. I'd been forced to the same conclusion by opening up a 1983 Soviet radio. Unquestionably better than what we were doing with transistors at the time. Why was KGB better? One fact and one hypothesis: (1) Russian math and science education was INFINITELY superior to ours. (2) "Deep bench". We suicidally handed our solid-state industry to Japan in 1958, losing critical mass in design, manufacturing and repair. Russia didn't outsource. It kept building its own stuff, providing JOBS for assemblers and engineers and repairmen. All of those skills would be needed for a delicate semi-invisible gadget like this keylogger. KGB could call on a wider range of potential workers with more experience in all of those areas. One question seems obvious, and I didn't notice it in the comments. Why did it take 8 years to catch? Though the device was designed to be hard to see, it wasn't microscopic. The innards of a Selectric are complex but patterned and predictable. I've been in there a few times. It's not 'spaghetti'. A competent repairman could have seen that something EXTRA was there. A spy-trained repairman should have been even more aware. Two hypotheses: (1) We were so damn certain of our procedures, and so rigid in adhering to our procedures, that we were blind to the EXTRA thing. We knew what we were looking for, because we knew what OUR engineers could make. (2) More likely we were stupid enough to use Russian repairmen, who were implanting the gadget and changing its batteries instead of removing it. = = = = = 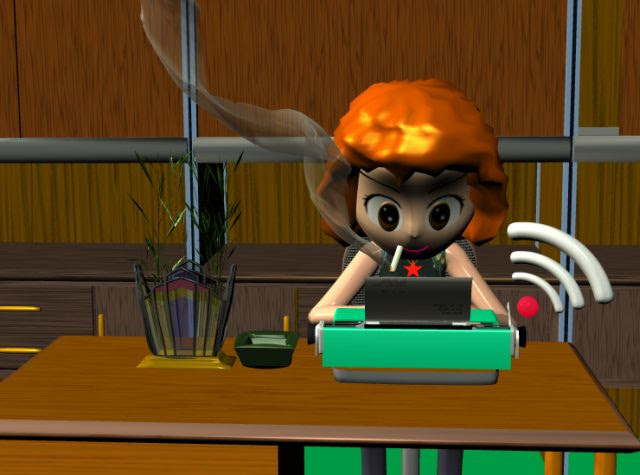 Reminds me of the Lysenko myth. Usual American contemptuous presumption: Lysenko is the perfect example of confirmation bias. Because Stalin needed the theory of infinitely malleable Soviet Man, Lysenko obediently created false science to support it. Only one problem with this presumption: Lysenko was right. He was able to be right because he was operating strictly on observed facts. We weren't able to see it because OUR confirmation bias prohibited us from observing facts. After our THEORIES finally comprehended epigenetic change, we were able to see that acquired characteristics can be inherited. Not always, and probably not permanently, but often for two or three generations. On a metalevel our deepest bias is toward using THEORY INSTEAD OF FACTS. Because we always have to work from pure theory, we were incapable of seeing what Lysenko was doing. Another oddity strikes me now: We were ferociously defending Darwin's mechanistic genes, incapable of adapting, only changing when a toxin or a cosmic ray ruins an amino acid. But in all practical matters we assumed infinitely malleable humans. Our education and politics assumed then, and still assume, that humans are identical non-living passive mechanisms. Nothing can be predetermined by genes, adaptive or not, because that would require us to acknowledge that humans have

All "scientists" know, and repeat mechanically once per second, that Race Is A Social Construct. All "scientists" know that human tastes, talents and tendencies are purely determined by external factors. Stalin might have believed in malleability, but he didn't run his schools that way. Soviet schools used tracking rationally, dividing students into general, vocational and academic after 8th grade. American schools abandoned tracking, again because tracking would require recognition of genetic differences. We force our students into a single 'academic' track regardless of their individual characteristics, thus guaranteeing an 80% failure rate. (Well, except for the 'distinctly enabled' kids, who get an IEP = Individualized Drugged-To-Oblivion Program.)