Saturday, March 28, 2015
Earth Hour again! I think I'll just reprint last year's Earth Hour piece. It's still precisely valid, and I'm low on brainpower this week. = = = = = It's Earth Hour again! Polistra and friends salute the power of natural gas, looking up to their Gas-Light Night Telegraph as a symbol and beacon of civilization. 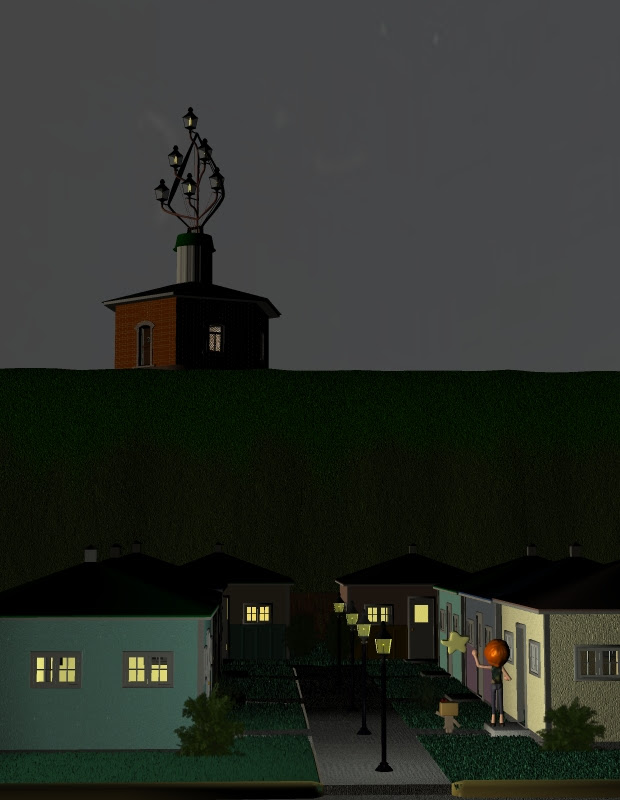 I haven't focused much on the Carbon Cult lately; partly because I've been fairly busy with courseware, mainly because it's clear that the Cult is finally blessedly starting to fade. Extra voices on the side of logic are less necessary now that two of the major Cult nations (Canada and Australia) have switched firmly back to facts, and now that most of the EU has quietly acknowledged the futility of the Cult's apocalypse. The Cult's central leaders are screaming louder and louder: "We're melting! We're melting! We're melting!" No, wicked witches. We're not melting. It's just you. I was struck just now by a seeming contradiction that tells the true story. Our idiot media and imbecile Experts are constantly asking Christians and Muslims for proof. Constantly asking religious people to verify the truth of their scriptures. Our idiot media and imbecile Experts have NEVER asked Carbon Cultists for proof. Nobody has EVER asked Michael Mann or Phil Jones to show, by a properly done experiment, that CO2 is the leading variable. Because, of course, they can't. Because, of course, it isn't. Traditionally, science is required to provide experimental proof. Traditionally, religion is not required to show experimental proof. That's the whole fucking difference between religion and science. We have a complete reversal. But! In the long run this is a magnificent reversal, because religion is quickly reaching the point where it WILL be able to provide strict factual proof for the existence of an intelligent Creator. Established post-christian "churches" haven't noticed this trend; they're too busy sucking Satan's barbed and fiery dick.