Sunday, October 12, 2014
Sportwave Shortwave is unique among all means of communication. It has a certain sporting aspect. When you send out a signal in the range of 3 to 30 mc, the atmosphere may decide to bounce it around the world, allowing you to reach great distances with fairly low power. With higher power, a serious antenna, and lots of experiment and calculation, you can be reasonably sure of reaching a desired destination most of the time. But you're never entirely sure. Sunspots and thunderstorms and temperature inversions and all sorts of other crap may block you. Ham operators enjoy this sporting aspect. Like fishermen they collect wall trophies (QSLs) and run contests and expeditions for bragging rights. Professional broadcasters may not enjoy it but have learned how to exploit it. Doing a review of a 1983 Soviet shortwave radio got me thinking (again) about the meaning of SW. This radio, clearly for domestic use, proves that the Soviet system was confident about its success in those years. Not so in Stalin's time, when owning a SW was a criminal act, and radio was basically a closed-circuit intercom system. Within the US, popularity and availability of SW radios inscribed a different curve. SW broadcasting came of age around 1935, basically enabled by the superhet receiver. Earlier receivers weren't able to maintain a consistent sharpness of tuning across a wide range of freqs. 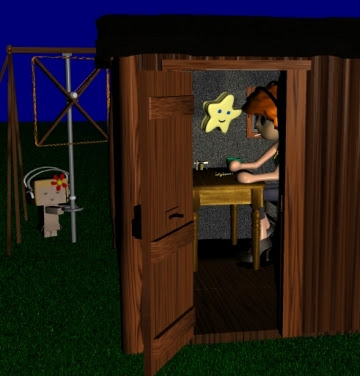 American radios for home entertainment began to feature SW bands as soon as broadcasters began to provide content. SW reached a peak in WW2, when listening to the propaganda of both sides was considered part of an Informed Citizen's duties. Even some car radios had a SW band. Along the same lines, American newscasters frequently mentioned "our propaganda says .... and their propaganda says ....", trusting the American listener with the fact that both sides were stretching things. After WW2, home radios dropped SW abruptly and picked up FM instead. This coincided with the government's sharp crackdown on 'disloyalty'. Suddenly the duty of an Informed Citizen was limited to line-of-sight propagation. Then TV finished the job, making the viewing experience line-of-sight as well. Propagandists finally fulfilled their perpetual dream: a closed pipe injecting one stream of messages from source directly to brain, with no leakage or tributary streams allowed. No skip, no bounce, no imagination. Best part: the injectees didn't even realize it was a pipe. They only knew that they couldn't stand to be disconnected from the pipe. This state of affairs continued, with constantly tightening media monopolies and narrowing of permissible viewpoints, until the Internet came along in the mid-80s and broke the monopolies but didn't stop the censorship. The Web is, after all, a closed-circuit intercom system. Everything we see and hear passes through NSA's ears and eyes before it reaches ours. SW isn't illegal; you can still buy SW radios designed for ham use, but they aren't meant for home entertainment. They don't look good in the living room. This limits their use to a small number of Oddballs who can be watched easily. Why did US government and culture encourage SW in the '30s and discourage it from the '50s until the present? I think it was a question of confidence. FDR was confident that his efforts to improve America would stand comparison against the alternatives in Russia and Germany. Truman, Ike, JFK, LBJ, et al were not nearly so confident. It's especially noteworthy that Russia was building and selling SW radios domestically in the '80s and we were not. Reagan crashed the Soviet Empire at a moment when our own empire truly would not stand comparison. As Gorby was loosening and reforming, we were eliminating industrial jobs, freezing out all possible reforms, and continually narrowing the range of permissible discourse. Our trend has continued, with disastrous results. We don't know how the Soviet trend would have developed because it was interrupted.