Sunday, September 29, 2013
Before Satan, after Satan. A nice clear Before/After contrast, showing what happens when you allow Satan dba "human rights" to toss civilization in a blender. Before Satan: This is from a 1904 textbook on diet and nutrition. 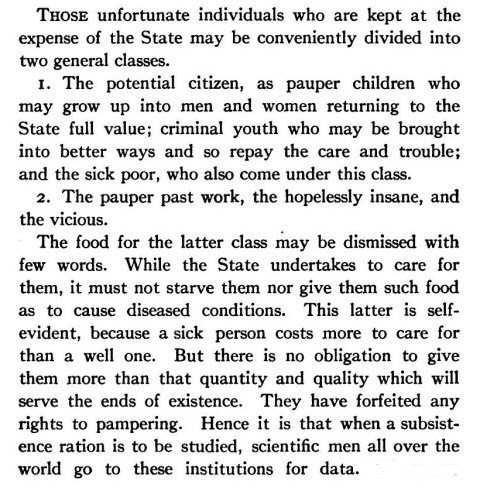 After Satan: This is from today's news.

Nearly 200 Muslim prisoners are suing the Government after being served halal food contaminated with pork, claiming their human rights were breached. ... However, tests on halal sausage rolls, shepherd’s pies, steak and kidney pies and pasties served in three separate prisons were found to have contained pork. It is feared that if the legal cases are successful, they could leave the way open for a flood of similar claims from other prisoners.

Reviewing for the dull reader: Sane pre-Satan: "They have forfeited any right to pampering." Insane post-Satan: "A flood of similar claims." Nuff said.