Monday, September 16, 2013
Autumn! Finally done with the unending 90s of this summer. As usual, cold weather arrived with some drama, but nowhere near the typical autumn arrival. 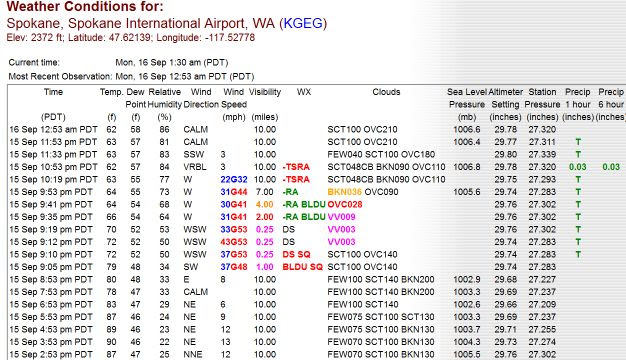 Autumn is usually announced by one or two days of big wind. This was one hour of big wind. Overall this year has been distinctly short on wind, long on hot days, and long on late-night thunderstorms. Pretty much sums it up. Wind knocked out a lot of power: 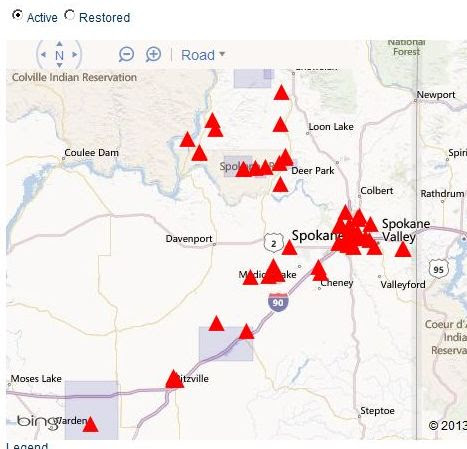 but didn't bother my house. Amazingly the storm didn't even wake me up! Guess I should thank the stupid air conditioner after all, for keeping my auditory system adapted down and masked. Later after daylight: I don't see any signs of damage around this part of town... in fact I don't even see the cones and needles on the street that would be typical after big winds. Makes me think the wind was less dramatic here, maybe in the 30s instead of 50s. Later again: There was one odd little bit of damage. The wind somehow scrubbed bark off a tree and scattered it in a nearby driveway. (Bark-nado?) From here the pile looks like a dead wolf, though my crappy photo doesn't catch the effect. Squirrel seems to be thinking along the same lines. 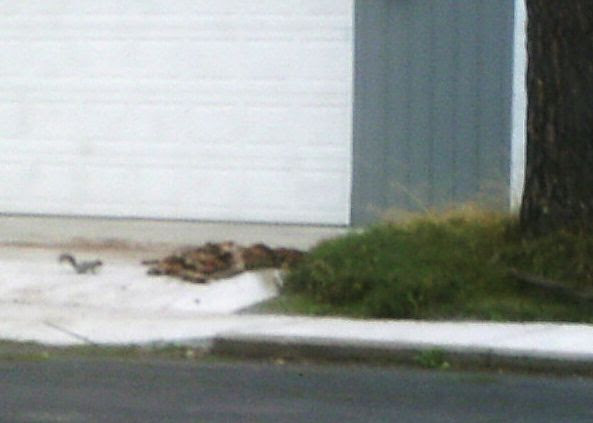