Thursday, May 09, 2013
Once a Soviet, always a Soviet Consumer Reports magazine began as a Soviet front organization. Through the years they mostly managed to be non-political. They judged products (especially cars) by the standards of an ordinary family. CR looked for reliability, durability and comfort, while other car mags looked solely for neck-snapping acceleration and noise. Now they've abandoned their standards in two directions at once! They judge the Tesla by neck-snapping instead of ordinary family standards, AND they judge it by neoSoviet (Gaian) standards. Hey comrades! Ordinary car-owners can't wait six hours for a fillup, and ordinary car-owners sometimes need to drive long distances. Those basic needs disqualify all plug-in electrics. The old CR would instantly judge the Tesla "unacceptable"; the new CR says it's "the best car ever tested." 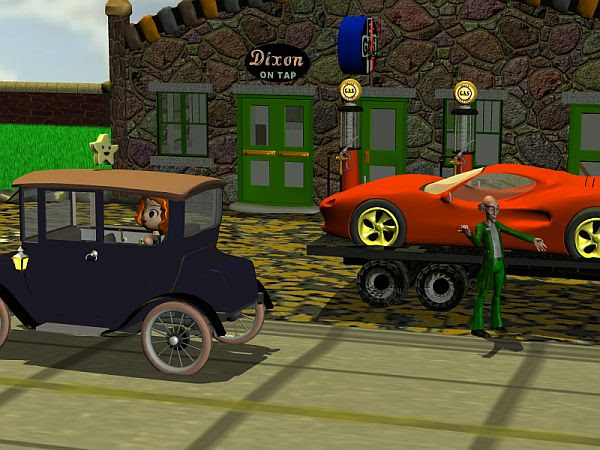 A more honest evaluation of Tesla comes from AutoBlog.

Tesla is expected to release quarterly earnings figures within the next few days, and the Silicon Valley automaker is thought to have attained profitability for the first time ever. As it turns out, a good bit of that profit will reportedly come from the State of California. According to an article from the LA Times, Tesla, which is reportedly on pace to sell 20,000 vehicles in 2013, receives as much as $35,000 in environmental credits from California for each Model S it sells. These credits can then be sold to other automakers that do business in the state but don't sell zero-emission vehicles of their own. Some experts believe Tesla could earn up to $250 million from such ZEV credits.

Polistra wondered about Tesla's real business a while ago; this answers the question. Tesla is a stock scam, producing useless cars as a cover story.  ¶ 7:34 AM