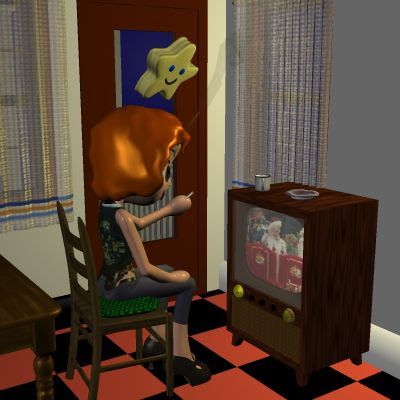 Even Chuckie the Microwit looks good in that setting. He's an idiot, but he's also a man, bareheaded in the rain, graciously encountering whatever comes.

A reminder of a basic fact of life that moderns have generally forgotten. Strict rules of behavior make everything work better. Without strict cultural rules, raw force always wins.

Also a strong reminder that a natural form of governance works better than an abstract theory. England's monarchy has developed (with a couple of interruptions) since the time of Jesus, and its government has constantly adapted to changing circumstances. Our "government" was based on an incoherent and suicidal set of illogical leftist theories.

Canada stuck with the natural system, and it still works. America stopped adapting a long time ago, and ceased functioning 30 years ago.

Maybe it's just in my genes. I'm about half English, half Kraut. My English chromosomes stand up involuntarily when they hear God Save The Queen. Neither set of DNA has ever responded to the 1776 collection of bad ideas, or to its various symbolic manifestations.  ¶ 2:34 AM