Sunday, April 22, 2012
Nothing new More 1901-ish wanderings. This time from the Cyclopedia of Telephony and Telegraphy, a textbook published by ICS in 1913. (These pix are from a chapter that runs from page 404 to 416 in the PDF.)

First, an interesting echo of a fact that recent tech-historians have pointed out. Namely, Lee DeForest didn't understand his own invention. 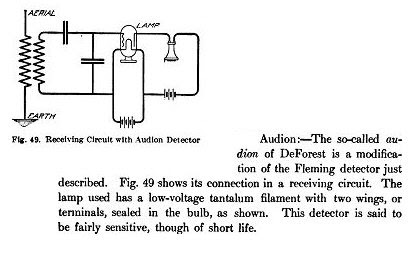 This is the Audion used as a detector. Note that it's not used as a triode; the grid is effectively the cathode, so the triode isn't doing anything more than a diode.

Second, a 'Nothing New Under The Sun' item. Valdemar Poulsen's invention of the wire recorder is familiar, but its earlier variations take a couple of roads not retaken until much later. 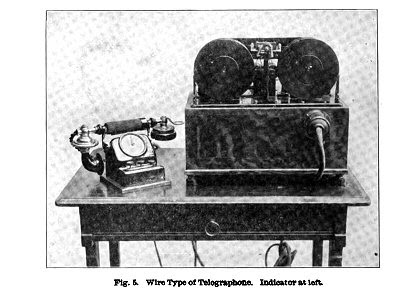 This is the Poulsen wire recorder in its 1913 form, under the confusing title of 'Telegraphone', which fortunately didn't stick around. Bigger and more open than later commercial versions, but basically the same. 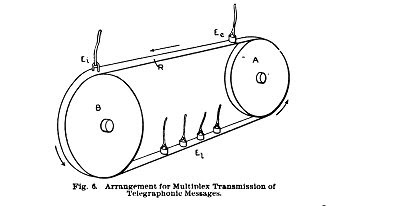 Here's a variant with a steel loop instead of a wire, intended as a 'multiplexer' to transmit a single conversation to many locations. Seems like a dubious application, which became unnecessary after amplifiers using the Audion were perfected. But you can see a premonition of the reel-to-reel tape in this setup, and this device would also have served as a DAF machine or a broadcast delay loop. 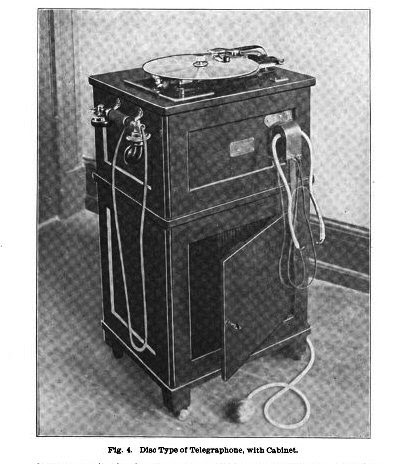 Think the magnetic disk was invented in the '70s? Nope. Here's a disc version of the wire recorder! 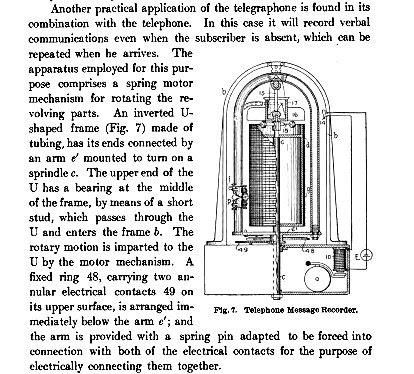