Wednesday, January 26, 2011
Sputnik Rand Simberg at NRO said most of what I wanted to say.

Fact is, Sputnik didn't really wake us up, and we didn't need to be awakened.

Russia got there first because Russia was less careful, that's all. The same lack of caution gave them Chernobyl. Nuff said.

It wasn't a lack of American education that held back our rocket efforts. Most of the top scientists were Germans, educated under Hitler. And the American-educated boys were already working hard on all sorts of advanced projects. One of my engineer uncles was working on cesium-ion rocket engines at Los Alamos when Sputnik happened.

The money pumped into math and science education after Sputnik only made things worse, as money always does in education. The educrats implemented the bizarre and idiotic Stanford Math Study Group project (commonly called New Math). SMSG was based on Set Theory, which was "elementary" by the convoluted Gödelian definitions of weird-ass academic dickheads, but had precisely zero connection with the way humans actually learn and use math. SMSG New Math caused pure confusion for both teachers and kids, and actually set back American math ed for many years. 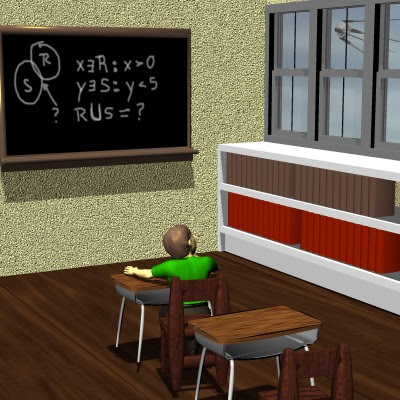 Would have been vastly better if education had returned to the one-room schoolhouse with its abacus and counting boards. No need to tear down the buildings, just emulate great teachers like Mrs Hunholz who taught the one-room way.

Learn concretely and you can handle abstraction later. Learn abstractly and you're lost forever.

Footnote: SMSG seems to be called School Math Study Group, but it was definitely Stanford on the textbooks we used, and it was called Stanford in local discussions at the time. And it was discussed in our house with considerable passion. My father was a prof in Education at KSU, and part of his job was supervising practice teachers in math. Thus he could see this mess from a broad perspective. He saw the older teachers getting totally frustrated because they didn't understand the Stanford shit; he saw the administrators stupidly pushing it because it was New And Improved And Progressive And Really Really Smart; he saw the kids failing to learn because it was shit. But he wasn't in a position to stop any of it. He could only sympathize quietly with the older teachers, try to assure them that they weren't moronic or out-of-date; it was the curriculum that was moronic.

Footnote 2: Nice irony: at about the same time, Russian math education was switching to the one-room schoolhouse approach. Learn by concrete interaction and discovery, with lots of discussion and teamwork toward solving real problems. Their math and science education remains superior and liberating, while ours remains stultified and stupefied. Makes me wonder quite seriously: Was SMSG a Soviet plot? If it wasn't, the effect was the same.

Conclusion: Our ruling class used Sputnik to convince us that we were 20 years behind the Russians in math. We weren't, and it didn't matter anyway.

Our ruling class then proceeded to destroy our math curriculum, which actually put us 20 years behind the Russians.

Since then, our ruling class has perfected the art of national sabotage, and practices it in all aspects of government, religion, science, education and culture.