Friday, April 24, 2009
Now that's more like it. Polistra has been dreaming about electric cars lately. Now Chrysler is getting ready to announce a truly appealing electric, which is made in America. 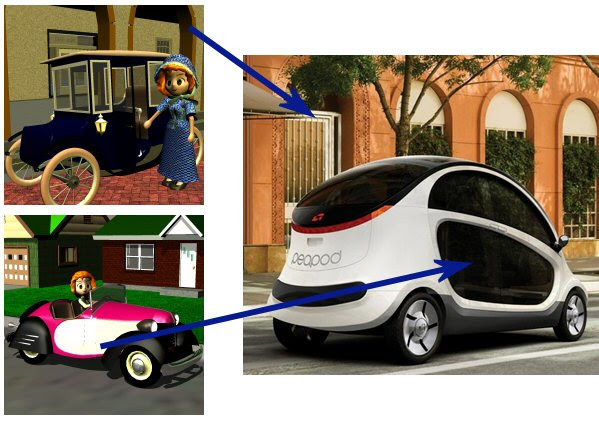 It's a bit uncanny how Polistra's thoughts were anticipating the reality. The Peapod has the same snazzy cuteness as the Bantam, translated to a modern idiom. And it has the same specifications as the electric cars of a century ago, for about 1/4 the inflation-adjusted price. It's intended and designed for pure in-town usage, just as the originals were. 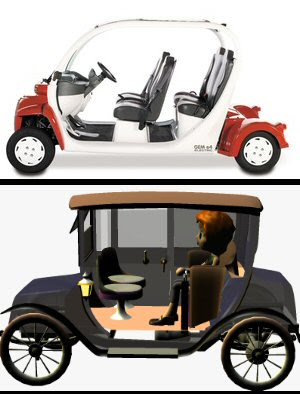 Comparing the Peapod's internals with the original Detroit Electric. Are the new engineers learning from the original? Certainly the same overall proportions, though Polistra still prefers the original's "rolling parlor" atmosphere.  ¶ 2:26 PM