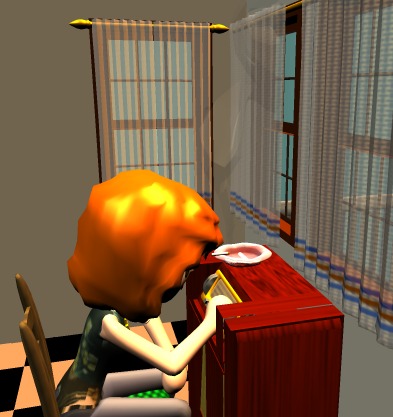 Polistra has been listening to the absolutely wonderful quiz show Information Please. In one 1943 episode, a question comes up about modern Cassandras, people who warned us long in advance of the Jap and Kraut menace. The panel offers five or six answers to each specific question, and the discussion is entirely matter-of-fact; no attempt by anyone to shout over the others, no accusations of insanity. Bear in mind that wartime censorship was fully in charge, so the topic was clearly approved by the authorities as well.

Could this happen today? Nope. The discussion might start, but no moderator or host would allow it to continue. The official BushClinton line is verbatim: "Nobody could possibly have expected 9/11 to happen." Anyone who tries to state or prove otherwise is immediately branded a Paranoid Tinfoil-Hat Wearer, and is banned from all future appearances. The topic is allowed to percolate in a small segment of the blogworld, but the Tinfoil Curtain stops it before it reaches the public.

Broader point: In 1943 everyone understood the elementary notion of learning from mistakes. Everyone understood that discussing the 'Cassandras' would help us to heed future warnings, because everyone understood that history has patterns. Since 1990 the whole notion of patterns and cycles has disappeared. Temperature is going up? It must continue to go up. Stock market going up? It must continue to go up. Nobody is bombing us at this moment? We can safely assume nobody will ever bomb us. This is nothing less than INFANTILE, except that actual infants don't shout down people who can think rationally. An infant doesn't place his mother in the insane asylum when the mother tries to stop him from crawling into the street.

Oops... on second thought, actual infants do shout down adults who try to save them from stupidity. It's called a tantrum. So I guess there's no difference at all between actual infants and modern adults.  ¶ 8:01 AM