Monday, February 18, 2008
Real ID Polistra returns to the subject of Intelligent Design because of a new development. Peculiarly enough, the science-ists have actually decided to engage in real science in order to defend their claims against the ID'ers.

The whole dispute started when Darwin, himself a firm Christian, wrote: "If it could be demonstrated that any complex organ existed, which could not possibly have been formed by numerous ... small modifications, my theory would absolutely break down. But I can find no such case."

Since then, the argument has been refined to include purpose or usefulness as well as complexity; generally the ID folks cite complex organs that would be useless consumers of energy and growth during the "numerous small modifications", and which could only help the organism in their final or current form. Survival of the fittest would generally eliminate organisms that carried such intermediate stages, because they were wasting energy on structures that served no purpose.

My own favorite example is the cochlea, an exquisitely complex and tiny mechanism that serves no purpose until it is connected to an eardrum for input, and connected to a fantastically complex set of processing "software" in the brain for output. The origin of the mechanical part of the system can be traced easily enough: the three little bones that couple the eardrum to the cochlea have undoubtedly evolved from the multi-jointed jawbone of frogs and snakes. The intermediate stages have been demonstrated. But why would a device that helps a python swallow a pig, develop into tiny specialized levers that transform acoustic impedance between the air and the fluids in the cochlea?

Most importantly, the cochlea itself would simply have no purpose unless it was between the eardrum and the processing "software".

Consider this snail-shaped object containing three chambers, each with its own custom-made fluid of just the right viscosity, lined with nerve cells that are triggered by movement of tiny hairs embedded in the ceiling membrane. The combination of viscosity, shape and mass of membranes, leads each frequency of the incoming sound to strike the membrane at a different place, thus giving each nerve cell its own frequency response. It works beautifully to process exactly the range of sounds that a human [in pre-urban society] needs for communication and safety.

There are simpler cochleas in some mammals, more complex in others. Obviously adaptation and mutation are responsible for the varied types of cochleas; and obviously we haven't adapted yet to urban situations, because the cochlea is highly susceptible to damage from frequencies and intensities often found in automobiles and factories. Evolution on those levels is visible and understandable. But that doesn't take us from the earless fish to the wildly complicated mammalian auditory system.


Another example is the flagellum, found in bacteria and in many of our component cells. Flagella serve as "oars" to propel the bacterium through the water as it seeks food or light. Until rather recently, the flagellum was thought to be a whip that moved back and forth, perhaps driven by filling and emptying nearby membranes.


A whip would be interesting, but it turns out the flagellum is vastly more complicated and ingenious. It is an electrostatic motor, with a free-floating shaft held in alignment by the bearing between the outer and inner membranes of the cell. The shaft is turned by charging and discharging the Stator bodies in a circular pattern, thus attracting the Rotor bodies successively in each step of the circle. 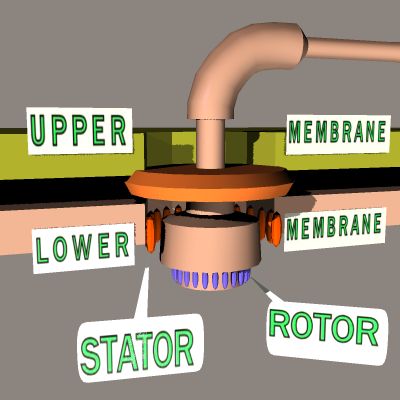 (This motor was re-invented 2 billion years later by Tesla, using magnetic fields instead of electrostatic fields.)

Intelligent Design advocates love the flagellum because it's very hard to imagine an intermediate or "prototype" form. Remove any of the parts or arrange them differently, and you get a motionless hair or a circular set of thingies that serve no purpose. And the flagellum is a significant part of the size and weight of the cell, so it's not a minor burden.

The science-ists had always answered this objection by saying "The flagellum evolved." Hmm. Sounds a lot like "Darwin said it, I believe it, that settles it."

"Modern biology, of course, has no need for omniscient designers. Evolution is all that is needed to explain the origin of complexity in nature. Even so, [the ID'ers] continue to search for evidence of design in the living world. The bacterial flagellum has become their cause celebre - and a focal point in science's ongoing struggle against unreason."

Struggle against unreason. Rhymes with jihad against infidels, doesn't it?

Lately, feeling the pressure, a few microbiologists finally decided to look at the question scientifically. What a novel idea!!!! They examined the various bits and pieces, and found that several of them existed in other tissues or cells. From this they concluded: "This abundance of homology provides incontrovertible evidence that bacterial flagella are cobbled together from recycled components of other systems, through gene duplication and diversification. In other words, they evolved."

Polistra finds this idea to be a wondrous epiphany, and is now exploring various structures found in Nature to celebrate their incontrovertible randomness. 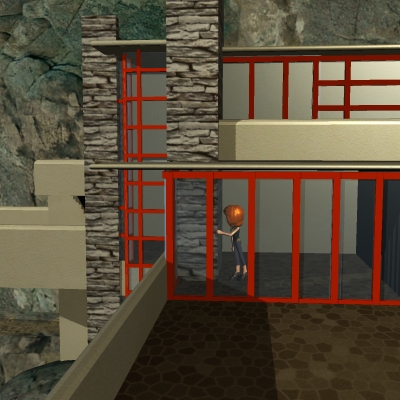 This structure, discovered in a valley in Pennsylvania, appears to have an "abundance of homology." In fact, within the formal study of homes, this structure is generally considered to be a prime example. (Sorry, lame pun, couldn't resist.)

It is evidently "cobbled together from recycled components of other systems", such as small rocks, metal bars, and melted sand. Thus we can decisively conclude that it was not designed by any sort of intelligence; it must have evolved randomly. 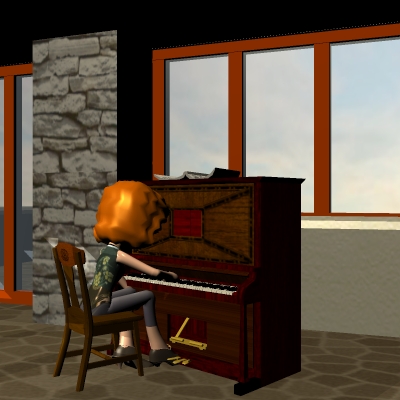 Or how about this system? Cobbled together from components found in deciduous trees, elephant dentition, and igneous rocks. Clearly random. What's more, its internal structure is remarkably parallel to the cochlea, with a sequence of precisely tuned resonators. Since we already know the cochlea is random, we can impute this one to a mere toss of the dice as well, by homology. 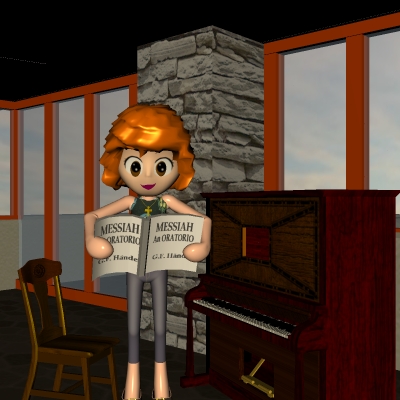 And this system was found on top of the previous one. It appears to be cobbled together from a series of flat slabs of crushed tree material, coated in places with a mixture of carbon and glue. Polistra is examining a segment of the carbon and glue layers which form the following visible pattern:

"AND THE GLORY OF THE LORD SHALL BE REVEALED."

This sequence must be random, produced by the proverbial thousand monkeys at typewriters, because the accompanying musical pitches were recycled from the third movement of a harpsichord concerto. Clearly random, clearly the blind product of evolution.

Yes, the science-ists have finally won. This argument is unanswerable.

Or perhaps it's just unfathomable.