Sunday, February 21, 2021
Ayrtonameter Continuing the theme of Italian metrology. Found this 1896 book by Ayrton while looking for better diagrams of galvanometers. Excellent text on basic electricity, with a couple of ideas I could have used when I was teaching at DeVry. Unexpectedly, the book answers an etymological question I asked earlier. I was wondering why the Italians didn't fully honor their own Volta by using his name properly. Turns out the English did honor him at first, and then truncated the name into a standard unit. Ayrton mentions in the preface that part of this book was written in 1886 and re-used in the 1896 edition. The two parts show the transition. 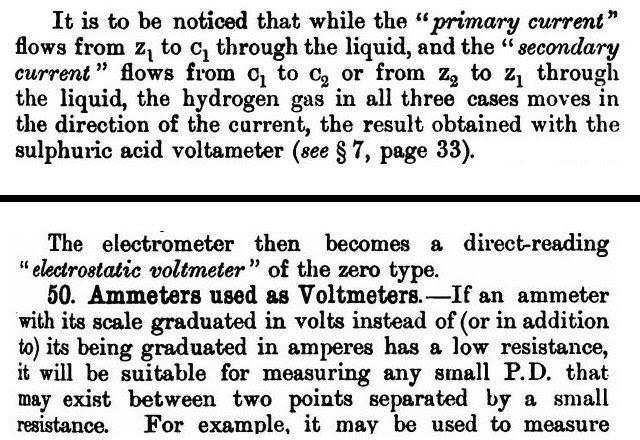 The 1886 parts describe Voltameters, and the 1896 parts talk about Voltmeters. A nice little gem for linguists, who don't often get to see a transition in one book. [Later: No, it wasn't language change. At that time Voltameter was specifically reserved for devices that used electrolysis to measure voltage, while Voltmeter was reserved for magnetic devices measuring voltage.] = = = = = Needless to say, Ayrton devotes considerable space to shunts, though he modestly doesn't call them Ayrton shunts. He gives his technician Mather co-credit on most inventions, including the shunts, and claims only one ammeter as his own sole invention. 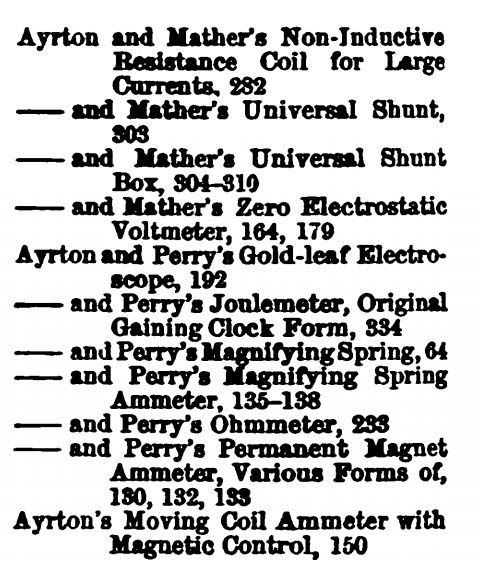 I'd never thought about why it was better to build a voltmeter by placing a known resistance in series with an ammeter. Ayrton shows why. Pure voltameters were clumsy and dangerous. Galvanometers were much easier to handle and less messy. Sidenote: Nature disagrees. As I've often noted, Nature strongly prefers using static fields for both meters and motors. Human technology strongly prefers using magnetic fields for meters and motors. = = = = = Here's a typical galvanometer of Ayrton's time. Elegant and simple and clock-like, a cross between a compass and a motor. The needle is suspended on a silk thread. Before applying current you turn the knob on top to set the needle at zero, perpendicular to the coil. The galvanometer was especially suitable as a balance sensor for bridge arrangements. The needle deflected in opposite directions for very small currents in opposite directions, so you could find the null point easily.

Modern meters, like modern motors, take the opposite approach. The magnet around the needle is permanent, and the coil is mounted on the same shaft as the needle, with delicate spiral wires connecting the coil to the terminals.

This 1908 Olivetti meter shows the post-Ayrton method. = = = = = To illustrate the messiness of pure voltameters, here's a liquid voltameter from Ayrton's book. This is basically a battery running in reverse. In a wet battery, a chemical combination releases positive ions in one direction and negative ions in the other direction. Here a voltage is applied to a battery, causing a decombination or electrolysis of sulfuric acid. (Yikes!). The bubbles from the electrolysis push the liquid up the tube, where the gas pressure can be measured as height.

This is a sample-and-hold device. You briefly push the key to apply the voltage to the battery, then watch the fluid rise to an asymptote in the measuring tube. Let go of the key and the fluid stays there, because the backwash tube is closed. 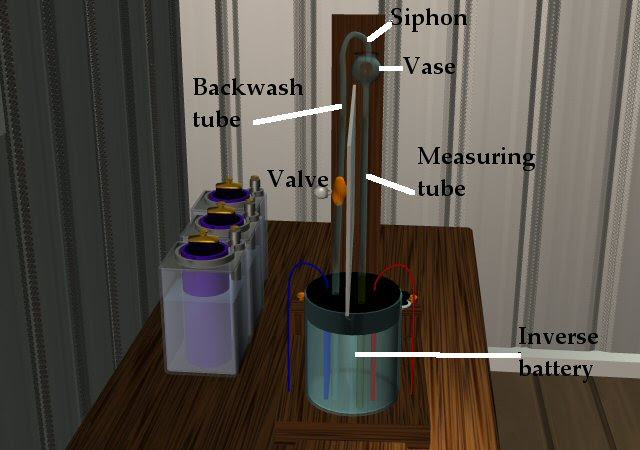 To restore balance, open the valve on the backwash tube, letting the bubbles out. The backwash tube has a siphon on top, pouring the overflow back into the measuring tube. The little 'vase' on top of the measuring tube is meant to restrain overflows, but it's pretty clear that you'd often have splashes of sulfuric acid. Fun. = = = = = Ayrton also includes a nice roller-coaster model of a basic ckt, showing how the potential energy is raised by the battery and consumed by the load. 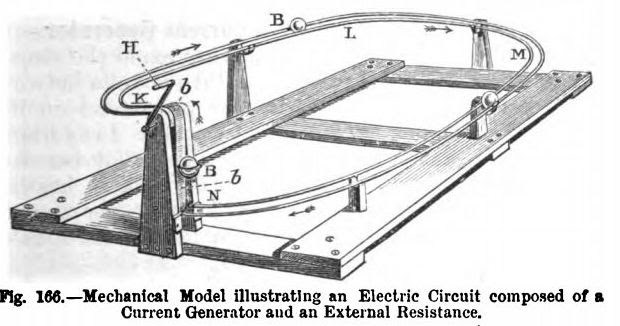 And he features some complex water models: 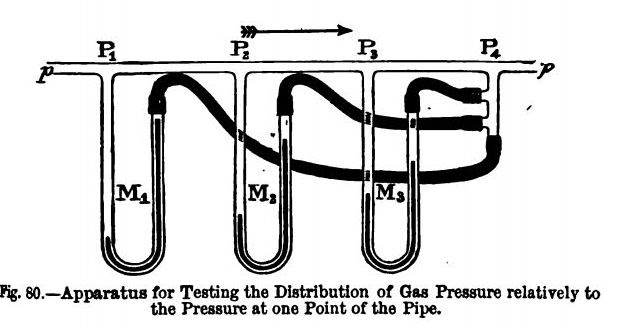 Reminds me of Lukyanov's water-based computer: 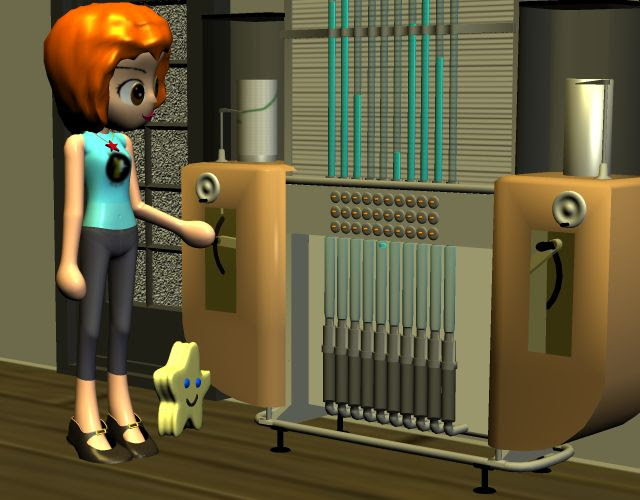 Finally, here's an Ayrton design that hasn't changed much since 1896: 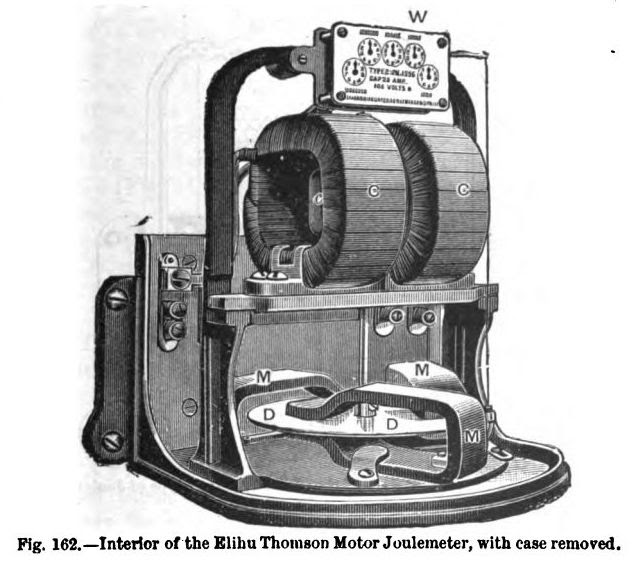 Historical note: Like many other technicians, Mather went into business for himself. He moved to Connecticut and started making shunt-wound dynamos and meters, with considerable success. Later he expanded into incandescent bulbs to use the electricity, and crashed into Edison, the ultimate system-monopolizer. After losing the drably predictable litigation, Mather's company went bankrupt and Mather spent the rest of his life in heartbroken solitude, using kerosene lamps instead of electricity. Moral: Don't get uppity. Know your skills and your place, and stay there. When you're Mr Shunt, make shunts. Let Mr Bulb make bulbs.