Tuesday, July 23, 2019
AMLO y el AI Still in Century Clickback mode! AMLO is showing off a small business that would have looked the same in 1500 AD. Everything in the scene (except the plastic drinking glass) would have been familiar to Montezuma or Don Quixote. 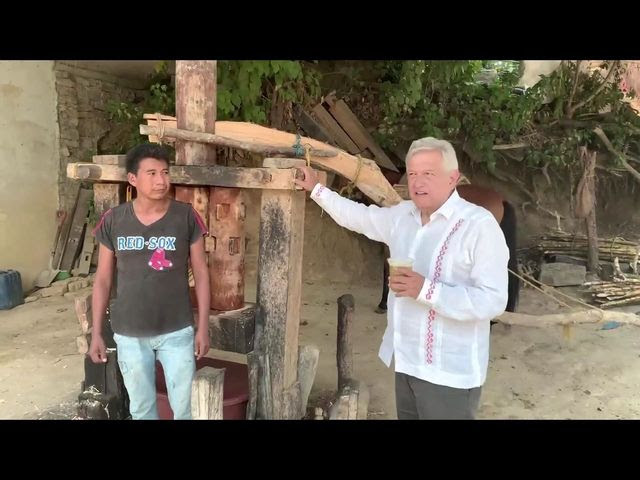 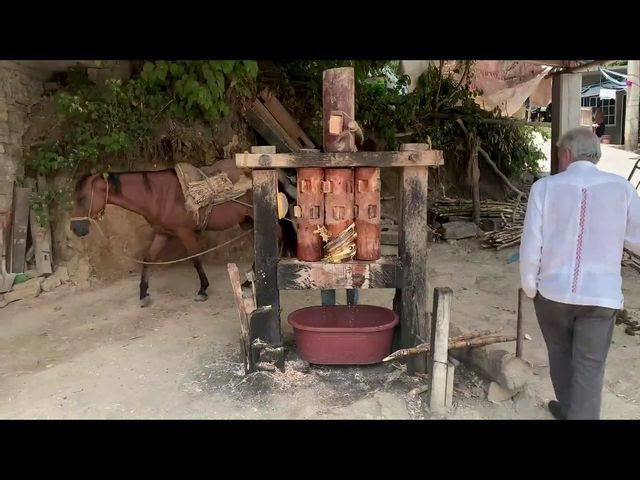 The system is a rolling mill that squeezes juice from sugar cane. It's powered by advanced voice-responsive and gesture-responsive autonomous AI. (Animal Intelligence). Translating the caption: Strengthening the economy by supporting artisans, small producers and microentrepreneurs, is the same or more important in job creation and development, than only betting on large automated corporations. Or putting it my way: If you want to develop your nation's skills, you need to make room for SIMPLE skills. This job would be unimaginable in UK or US, where regulators act as hitmen for the Bezos mob. We take great pains to prevent small entrepreneurs from competing with Bezos. AMLO is practicing Natural Law in the economic realm. NEVER ATTACK. ALWAYS DEFEND. Don't attack honest work with regulations. Defend the honest workers against corporate bullies. Semirelevant sidenote: I know nothing about horses, but this horse looks well-nourished, clean, contented, and well-groomed. The wooden machinery is the opposite. This businessman has his priorities straight. Treat your live employees well, and your business will prosper. AMLO does the same with his live citizens.