Tuesday, February 26, 2019
Fun with Soviet maps Via ZH, the Russian internal TV channel showed several targets. Supposedly these are Presidential hideouts. Camp David is obvious, but the one in this area wasn't familiar. It's Jim Creek Naval Communications station, way out in the Cascades. Googlemaps shows it at Lat 48.213, Long -121.949. It's east and a little north of Arlington, north of Robe, and south of the midway point between Oso and Hazel. The Soviet map for this zone isn't as fine as some of the maps I was using before. I've circled the general area using the cities as landmarks. There are no points of interest anywhere in the vicinity. 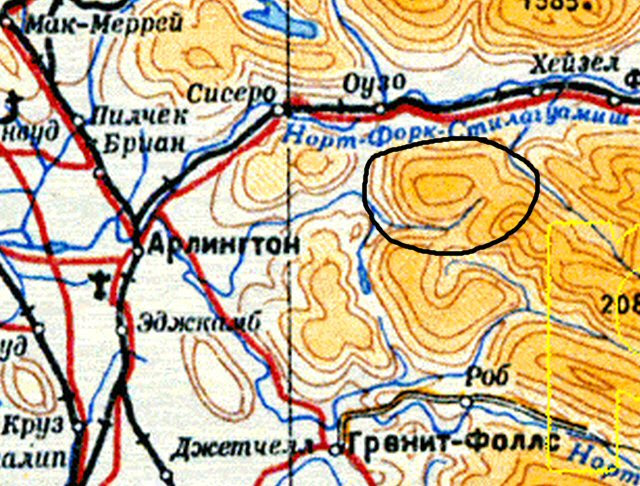 These maps showed plenty of military sites, including obsolete airfields. If this location had been interesting to the Soviets in 1980, it would have been on the map. What's REALLY interesting is the identification of Jim Creek as a hideaway. AFAIK it hasn't been mentioned before in Western media.