Friday, September 21, 2018
Two unusual DOINGS I'm tuning out the soap opera of "politics", but even at this setting a couple of unusual and salient things are breaking through my filters. Trump is perfectly obeying Deepstate on MOST issues, and Deepstate is smashing him to the ground as a reward for his obedience. Just like Nixon. The Tribe always demands obedience then kills you anyway. Two exceptions. Two GOOD things that Trump is actually DOING. 1. Korea. Deepstate wants war everywhere except Saudi and Israel. If Trump obeyed, he would be fucking up the peace process at every step. Instead, he STOOD BACK AND LET IT HAPPEN. This is the best kind of DOING. 2. Tariffs. Deepstate wants NO BORDERS and NO JOBS and TOTAL OFFSHORING. They had already reached the goal with China, but Trump seems to be SERIOUS about pushing back. Despite the noise, business is already starting to move in the right direction, seeking American sources. It will take some time, and it will cost more to the consumer, but after the period of adjustment consumers will have MORE TO SPEND because they will have BETTER JOBS. USEFUL WORK is the purpose, not the retail price of crap. 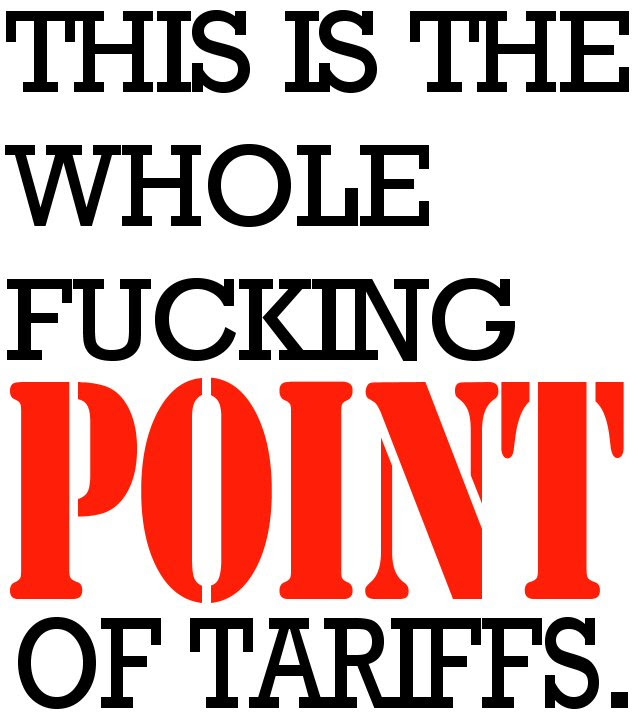 These two DOINGS are inverse in their verb forms and seemingly inverse in their connection to China. (1) is a passive DOING that definitely agrees with China and Russia's SANE approach to Korea. (2) is an active DOING that seemingly displeases China. Or does it? China has reached the endpoint of its export/debt commerce with USA, and is trying to become more self-sufficient, more consumer-oriented. Perhaps the noise of HORRIBLE TRUMP makes it easier for China to move away from this connection while saving face with its own people. That's a guess, but it fits China's traditional way of doing things.