Saturday, October 21, 2017
Owning the bad conversation Continuing on GM's Owned Conversation. Even the stories that made GM look bad were carefully crafted to move credit into more acceptable places. I've been bothered by the conventional story of the Palace Revolution that dethroned Harley Earl. The story probably contained some truth but didn't really explain what happened. In Sept 57, Mr Earl was summering in Europe. The younger stylists made a habit of driving past locations where they might get a peek at the competition's latest offerings. One of them noticed a storage yard full of '57 Chrysler products, not yet released for sale. He knew that GM's designs for '58 were already in the pipeline toward production and couldn't be changed, but the '59 proposals were even worse and would be unsellable next to these lean and sharp Chryslers. The young stylists got inspired, worked up a new set of proposals for '59, and persuaded upper management to go along. When Mr Earl desummered he was presented with a fait accompli. Why was this dubious? Because the actual GM '59s took absolutely nothing from Chrysler and everything from Ford. '59 Chevy: 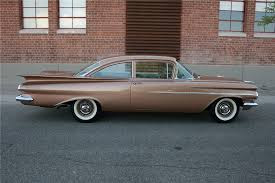 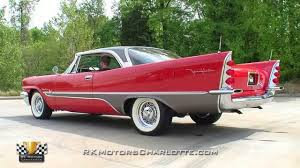 Nothing in common. The GM cars have slanted fins, deeply sculptured sides, and squared roofs, not tall vertical fins and curvy roofs. Where did the real designs come from? Looked to me like the '57 Mercury was the source.

Turns out that GM didn't steal the Ford designs, it stole the Ford designer. Larry Shinoda had been at Ford in '54, when he created the back end of the Turnpike Cruiser dream car: 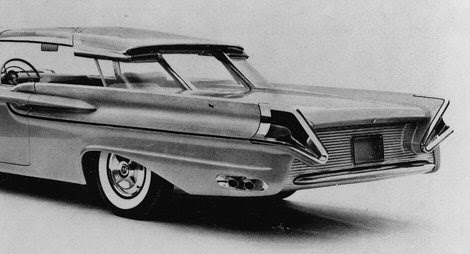 and some parts of the Mystere dream car: 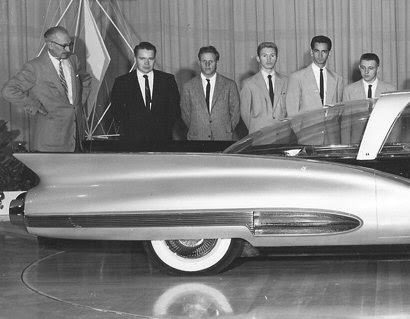 The Turnpike Cruiser developed into the '57 Merc and the Mystere developed into the '57 Ford. By that time Shinoda had moved to GM where he replicated the Mystere in the '59 Chevy. Hierarchy of status. If you absolutely have to give credit to someone else, you have to pick the least unacceptable source, and above all hide what really happened. Ford was always unacceptable for obvious reasons, and stealing a designer is less acceptable than picking up an inspiration. The clincher: If tall fins and flat sides had been the Shock that started the Revolution, GM stylists didn't need to peek over the '57 Chrysler fence to see the Shock. They had ALREADY DESIGNED the Shock in the '57 Eldo. Presumably Mr Earl had seen and advised on this design, so he wouldn't have been shocked either. 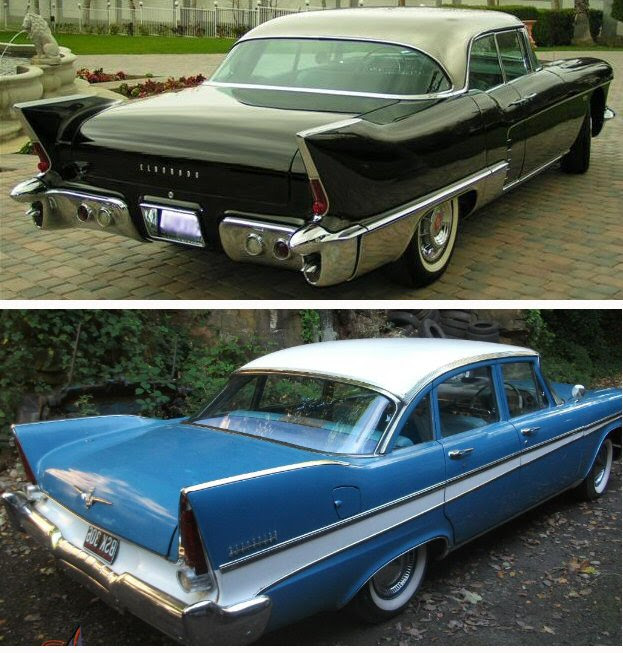 Note the nostrils that were echoed by the 59 Chevy. Ford's 57 version was even closer to GM's 59s. I can't find a mention of Shinoda in connection with trucks; he seems to have worked in Ford's concept car studio. But the Ford design source is unarguable.   ¶ 12:59 AM