Tuesday, September 05, 2017
Se-lu 11, VW/BK edition BBC's Travel department has a remarkable tendency to get things RIGHT. Especially remarkable from the satanic baseline of BBC, but remarkable enough for anyone in the field of "journalism". Even in earlier less loony times, journalists were always provably wrong in every area where you could personally check their results. BBC's travel writers covered Oklahoma twice and got it RIGHT both times. Again especially salient because Okla is the worst victim of every type of bias. Now they're breaking a myth about Germany, and again they're right. Main point: If Germans were really as efficient as everyone says, Germany wouldn't have lost two big INDUSTRIALIZED wars against inefficient opponents like Britain and Russia and USA. This is another case of 'owning the conversation'. I can check this point thoroughly in technical terms. VW was the main vector of the owned conversation about Kraut efficiency. I owned 8 VWs and worked on several others, so I'm qualified to check.** Was it efficient? Not by ANY measure, gas mileage or space usage or longevity. Was it well-engineered? No. Reliable? Hell no. Safe? Fuck no. Compared to any American small or smallish car of the era, the bug failed every test. Rambler and Willys and even poor little Henry J beat VW in every possible way. The bug even failed by its own standards. Rear engines and air cooling and torsion bars and unit bodies have advantages and disadvantages. VW used all of those technologies and spoiled the advantages with UNNECESSARY shitty design. I can check electronics less thoroughly. This 1965 Grundig often appears in the background of my pictures: 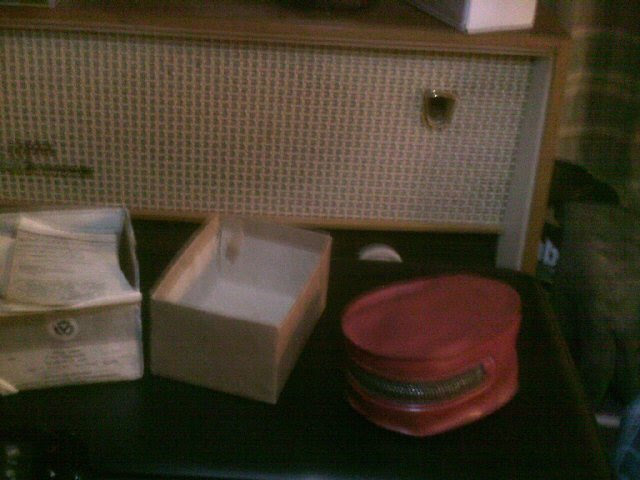 I bought it in 1991, used it three times before it broke. Tried to fix it, but every piece was too brittle. Fell apart. By comparison, my 1972 Radio Shack amplifier, designed in America and built in Japan, has been used EVERY DAY FOR 45 YEARS and still works perfectly. Other Teutonic stuff has the same characteristic as Kraut stuff. I discussed Danish Brüel & Kjær acoustic equipment last year. Same as VW and Grundig. Beautifully built, seems elegant in theory, but fails every time you try to USE IT, and stubbornly resists repairs. Pre-1975 American stuff, and Russian stuff of all eras, had the opposite characteristic. Loose, inelegant, often ugly, seemingly inefficient but actually efficient. Efficiency means providing the maximum output or service for a given input. An object that can be USED for long periods, and REPAIRED easily without delicate specialized parts and tools, is efficient. Kraut stuff is elegant in theory, tight in every detail, brittle and breakable when used. Painfully obvious metaphor left as exercise for reader. = = = = = ** Why did I own 8 VWs? Because I was owned by BOTH conversations. The GM conversation said that only GM can be cool. The VW conversation said that only VW can be cool. If you wanted to be cool you had to pick one of the teams. Rambler was unpickable. I was too stupid to pox both sides, too stupid to just drive a good car.