Juventutem ("youth" in Latin), an international federation of young people who attend and promote the Extraordinary Form of the Mass, has chapters around the world. "We are a group of Catholic young adults who seek to implement Summorum Pontificum in the Archdiocese of Washington," Juventutem's Washington, DC chapter explains. "We love the traditional Roman liturgy and seek to share it with the Church and the world. Come pray with us!" .... Pope[sic] Francis criticized the "rigidity" of young people who are attached to the Traditional Latin Mass. "I always try to understand what's behind people who are too young to have experienced the pre-conciliar liturgy and yet still they want it," the pontiff[sic] said. "Sometimes I found myself confronted with a very strict person, with an attitude of rigidity. And I ask myself: Why so much rigidity? Dig, dig, this rigidity always hides something, insecurity or even something else. Rigidity is defensive. True love is not rigid."

It's always helpful when Satan speaks on a subject. He lets us know which end is good. In this case it was already obvious. The Latin-loving youngsters are magnetized by the PERMANENT force field of Natural Law. They are repelled from the Satanic chaos of SorosBergoglio, attracted to PERMANENT AND MEANINGFUL STRUCTURE. Why is Latin more suitable than modern languages to pull you into permanence? For the same reason that Bach is better than Hillsong, the same reason that the Mass and Rosary are better than Mindfulness. PERMANENT AND MEANINGFUL STRUCTURE. The rule is repeated in other religions. Eastern Orthodox uses Old Slavonic in its services. Hindus use Sanskrit. Muslims use classical Arabic. Serious Protestants prefer King James. Those differences aren't nearly as stark as Latin vs modern English, but they are always in the same direction. In simple terms, more God means more grammar. In technical linguistic terms, tradition goes toward 'synthetic' and modernity goes toward 'isolating'. Modernity is more efficient for damn sure. Measured by Shannon information, you can transfer the same message in a much shorter utterance when you skip the 'redundant' suffixes of Latin. English is unquestionably better for everyday business. 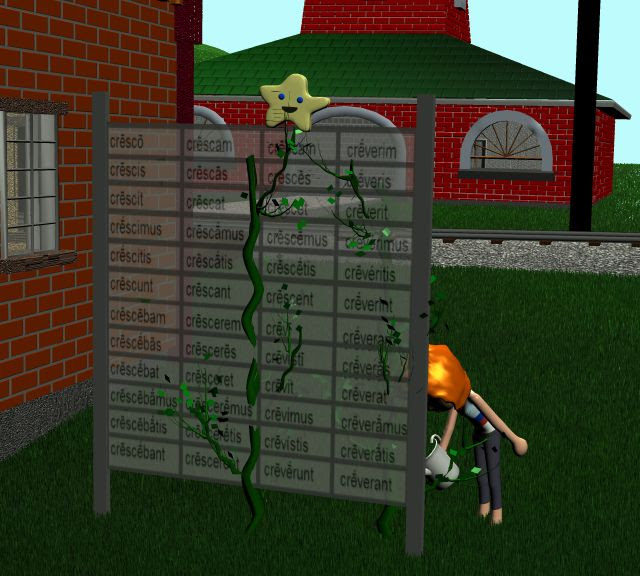 Those 'redundant' suffixes serve a more important formative purpose. Just as a trellis provides a guide and a reinforcement for a tomato vine, the synthetic morphs provide a training force and a supporting force for verbal thinking. When you cling to the immobile orthogonality of the trellis, you can still flex to face the sun, but you can't be torn apart by the wind.