Monday, April 18, 2016
The curse of poll-trickery Warning from history, to the British research organization that opened its naming to the public. Here's what happens when you offer a contest and then toss it away: In 1950 Henry J Kaiser pretended to ask the public to name his new compact car. He showed off the car with "Name-The-Car" on its nameplate... 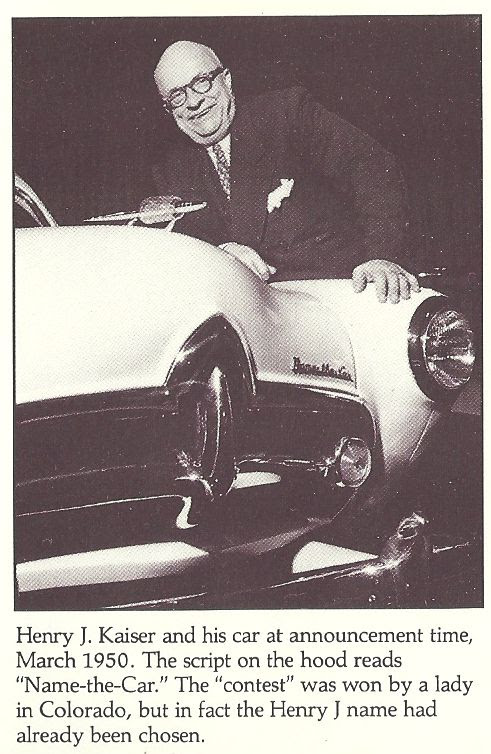 and then ignored the result and named the car after himself. Result: Poor sales. Cursed car! In 1957 Henry Ford II pretended to ask writers and poets to name his new big car. He didn't bother with the "Name-The-Car" shit, but again ignored the contest and named the car after his late father Edsel. Result: Poor sales. Cursed car! The NERC should remember the curse, especially since its boat bears the nameplate "Name Of Vessel", echoing Kaiser's cursed nameplate. If you ignore the public and name the boat anything other than Boaty McBoatface, the boat will be cursed forever with the damnation of Henry J and Edsel. You have been warned. Of course the boat is cursed anyway, since it's a waste of British taxpayer money to create more false "data" for the Carbon Cult. It deserves to burn and sink with all evil hands on board.