Tuesday, April 26, 2016
Status morse Curbside Classic has a feature on a peculiarly mismatched '64 Chevy this morning. Got thinking about GM's long-standing habit of marking status by adding more elements to a sequence. It's an ancient technique but still functional. More notches on your bow, more ribbons on your uniform, more feathers in your headdress = higher status. For many years you could reliably distinguish Chevy's top model by counting taillights. You could distinguish Buick's Roadmaster by counting portholes. Chrysler got into the game briefly and halfheartedly, with one light for Plymouth, two for Dodge, and three for DeSoto. Ford, the populist company, never played the counting game. Studie played it just once but it was hardly worth the expense.

For some reason I started reading those lights in Morse. Chevy hit the Morse Aptronym jackpot in '65. 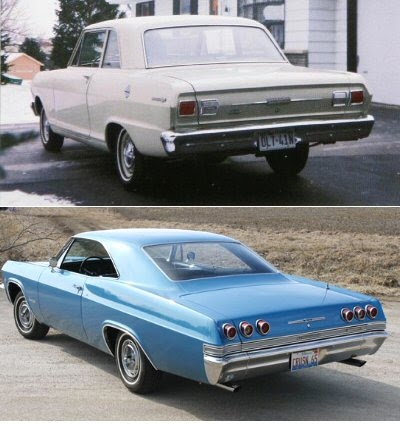 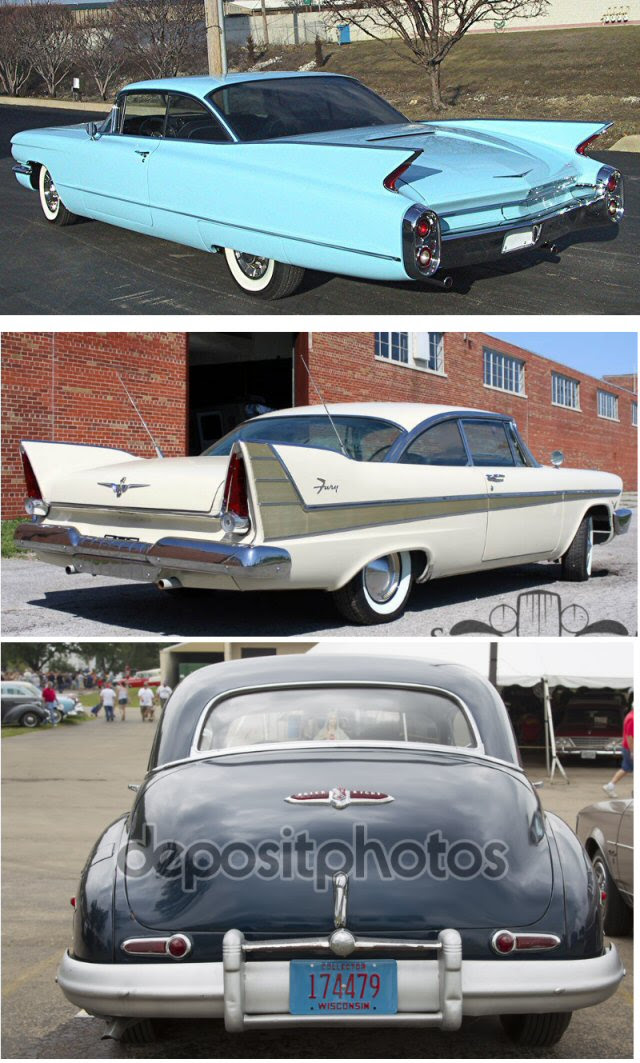 '60 CaDDy = DD. '57 Plymouth = NA. The absolute zenith of Morsable cars was the '42-48 Buick. If you start from the reflector and read through taillight, directionals/stop, taillight and reflector, you get ENKAE. Doesn't spell anything, but it's complex enough that it could have been used for steganography. Some modern cars with patterns of LEDs and sequential flashers could send whole paragraphs. Polistra is talking about Caddies.

Question: Is there a car that could spell its own name if it wanted to? I can't find any 'serious' examples. All four-cycle engines are 'Otto-cycle' engines, especially in German; but no actual car was called Otto. [Oops, spoke too soon. Google spinoff is developing on Otto-nomous truck!] Brazil had a modified Lotus called the Emme. That's about it for fully symmetrical names. I think the longest Morse palindrome is 'waiting', but that's an unlikely car name except maybe in Japan. Austin comes DAMN close with just a slight gap in symmetry.