At noon, the cortege is due to leave the University of Leicester, where the archaeologists and academics have studied and guarded the monarch’s mortal remains since they were excavated from a council car park in August 2012. The procession has been organised so that Richard Buckley, the lead archaeologist on the project, and the legal guardian of the remains until he hands over responsibility at the door of the cathedral, can keep the coffin in his sight at all times.

The concept of legal custody during shipment doesn't get mentioned much nowadays, so it's especially dramatic to see it invoked in this strange quasi-religious ceremony. Mentioned or not, the concept has always been tremendously important to the history and development of commerce. When I worked for a company that bought and sold and installed heavy equipment, I would often see 'FOB Cleveland' or 'FOB Pittsburgh' on the invoices or railroad bills of lading. I knew it stood for Free** On Board, but that was all. I never needed to understand it, so I didn't bother. With more understanding, it's clear that FOB is the fulcrum of all credit and banking. A sea voyage is always a risky affair, and it was vastly more so 800 years ago. It took a long time and a lot of legislation and case law to pin down the exact place and moment when risk changes hands in each situation. Centuries of work and experimentation led to the current situation, sending and receiving shipments without thinking about it. When you hand a package over the rail of a ship, or onto the scale at a grain elevator, or into the hatch of a Greyhound, you are entrusting the package to the shipping or storage firm. The fulfillment of contracts hinges on a reliable transfer of responsibility and ownership at that point. All the mechanics of risk handling, and thus the business of credit and insurance, pivot on that point of transfer. You don't see the letters FOB often now, but the process is actually a lot more common now than 30 years ago. Every time you sign the UPS guy's little Ipad thing you are transferring ownership. Every time you blindly click "I agree" on those tiresome software EULAs, you are picking up the risks and responsibilities just as the ship's captain does when he receives a pallet from the harbor crane. 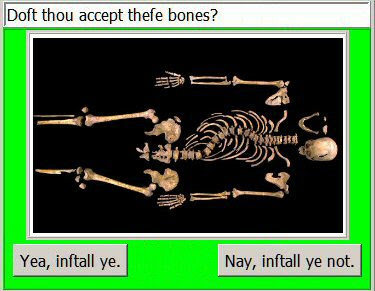 Richard Buckley clearly grasps the importance of FOB in the context of his duties. Good work. = = = = = ** The word Free makes the concept more confusing than it needs to be. In fact the WHOLE PURPOSE of FOB is to guarantee that the shipment is NEVER FREE of control, never floating in the void between owners, for even a microsecond.  ¶ 4:32 AM