Wednesday, January 22, 2014
Where did it go? Another of those emptied-out areas in Ponca. This one genuinely shocked me. 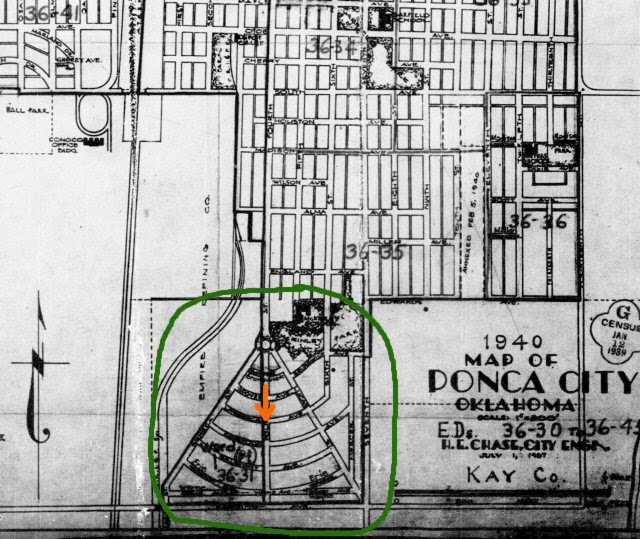 Note the area outlined in green. I used to call it the Circle Drive area, because it started from the roundabout called Circle Drive. I think it was properly called the Belmont Addition, but that could be wrong. This was NOT a poor or black area. It was solid middle class in the '70s. Tree-lined curved streets, neat Cape Cod houses. I wanted to live there but couldn't afford it. The 1940 Census showed it as a new subdivision, not yet completed, and distinctly upper middle. The residents were white-collar Continental employees with titles like engineer, tester, and foreman; their salaries would be in the $60-70K range in today's money. Seen from above on Google today: 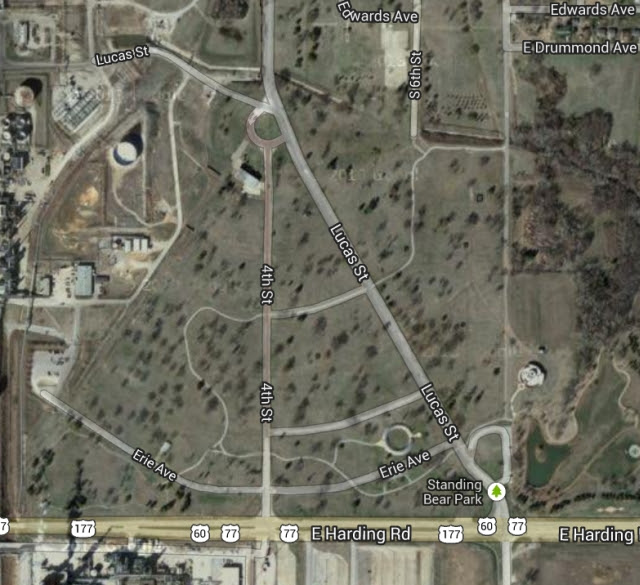 WHERE DID IT GO???? You can see 4th St running down the middle, but everything else has been regraded to parkland. Here's Googlestreet driving down 4th, roughly where I drew the orange arrow on the map. 4th is narrow because it wasn't meant to be an arterial; the main traffic flow was (and still is) along Lucas, the east leg of the triangle. 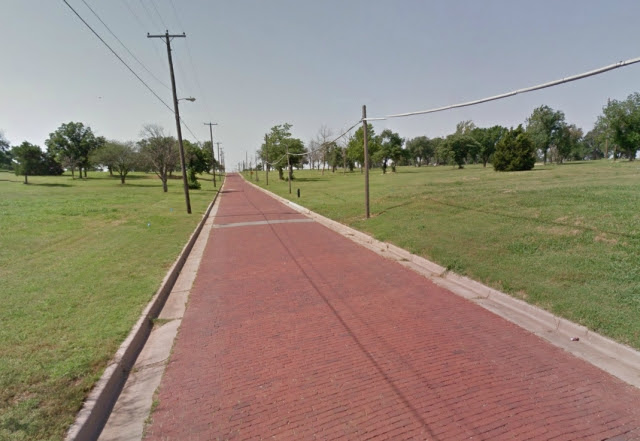 Emphatically NOT the usual boom-bust ratchet. This was intentional and complete destruction. The whole area has become an Unarea. Its central street was airbrushed to eliminate all indications that people ever lived here. Ha ha ha. You thought this was a pleasant old suburb? Why would you think such heretical Unthoughts? Everyone can see this was always a smooth park with a single unbroken street running through it. Eastasia, Eurasia. Eurasia, Eastasia. Eastasia, Eurasia. Eurasia, Eastasia. Can't find anything about it online. It wasn't Superfunded or Brownfielded; it was turned into something called Standing Bear Park. There is some info about the park online, but nothing mentions how the land for the park was acquired and cleared. It was just always there. Eurasia. Eastasia.  ¶ 12:11 PM