Monday, September 09, 2013
Ikea's new/old idea Ikea has developed an easy-to-assemble little house for use in emergency situations like refugee camps. 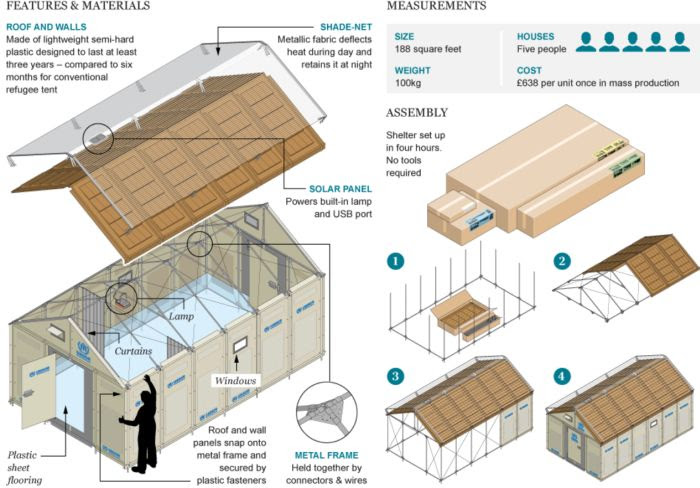 Neat idea, but not a new idea. America's prefab housing companies made a remarkably similar system 100 years ago, also for building 'boom camps' of various sorts. The main target was oilfields or defense contractors, who needed to bring in hundreds of men quickly. The 1920 Sears version: 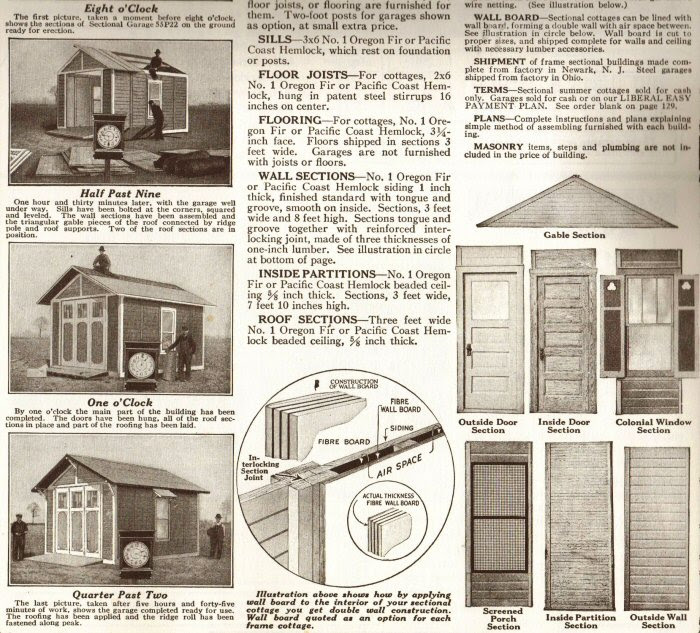 I was struck by the similarity of the presentations, but prices are not similar. Ikea gives a price in pounds that equals about $1000. Sears offered several Sectional Cottages; the closest one in square footage was priced at $138 in 1926, which is about $2700 in today's dollars. The Sears was considerably stronger, with full floor and real doors and windows. Could be a permanent residence in mild weather. Still, I suspect Ikea's price includes some kind of subsidy. The basic frame and plastic parts could be produced for $1000, but not the solar stuff.  ¶ 5:32 PM