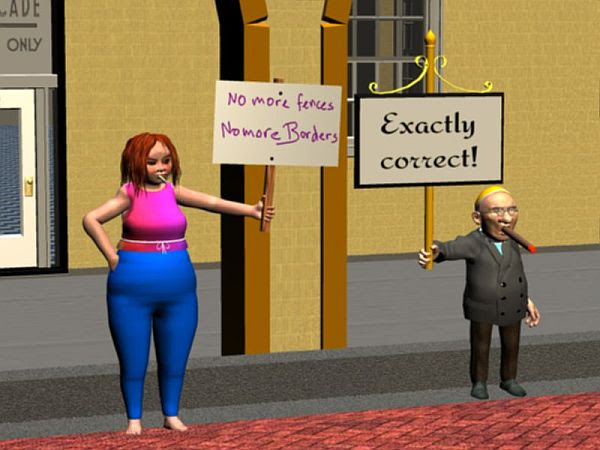 RiotGrrl: No more fences! No more borders! GoldMaan: We agree. In fact we've already eliminated borders in Europe, and we've softened them everywhere else. We love it when people and money and labor move freely around the world! It means we no longer have to waste money on wages! We can keep it all in circulation among ourselves, among the financial class. = = = = = 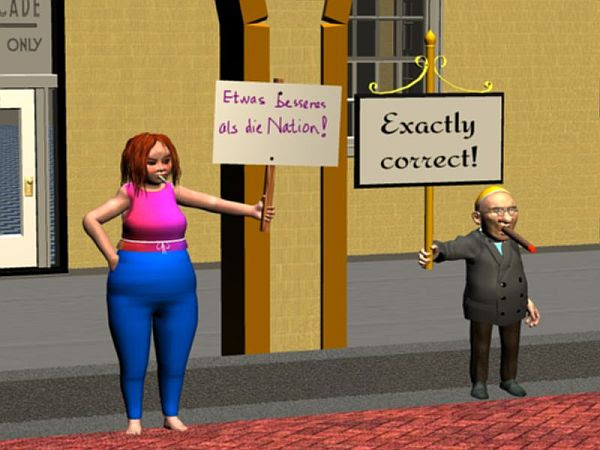 RiotGrrl: There must be something better than the nation! GoldMaan: Listen, babe, you're way behind the times. Haven't you noticed? Nations have already been replaced by something better. Something better is, of course, Goldman. All major governments are Goldman divisions, run by Goldman employees, serving Goldman's purposes. People used to joke about the Golden Rule: He who has the gold makes the rules. Now it's even simpler. The Goldman Rule: Goldman makes the rules. = = = = = 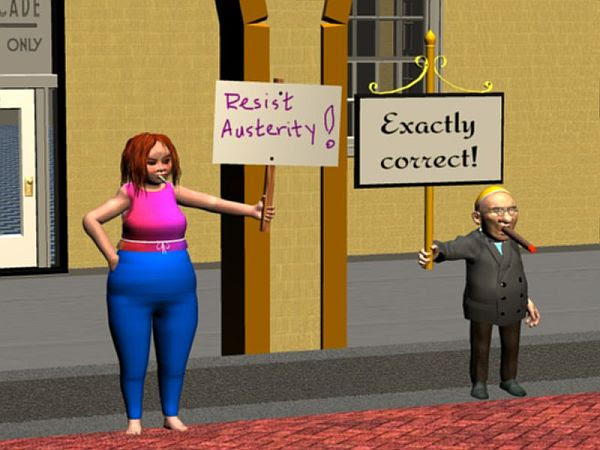 RiotGrrl: Resist Austerity! GoldMaan: We don't like austerity either, and unlike you, we've actually done something about it. Austerity means that people save for the future and live within their incomes, with very little borrowing. We hate that! Borrowing is how we make our profit. So we simply stopped paying interest for savings, to cut our costs and to force people into markets where we can make a profit. RiotGrrl: But you imposed austerity on Italy and Greece! GoldMaan: Yes, we had to do that so they wouldn't bring down the whole structure. Their bonds were pulling up the interest rate curve, which threatened to provide a non-stock investment choice. Can't have that. = = = = = 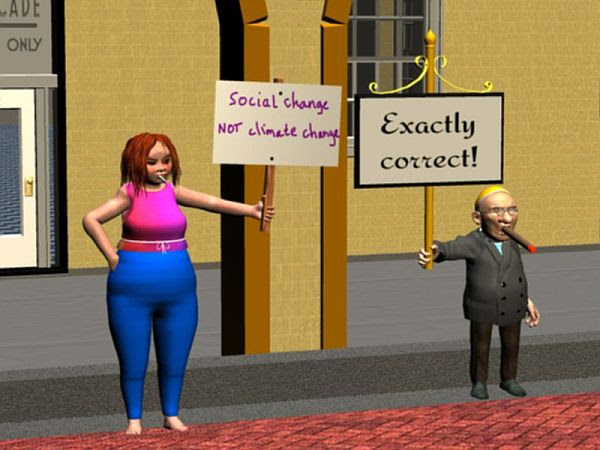 RiotGrrl: Social change, not climate change! GoldMaan: Agreed on both points. First, we love it when social structures break down. Religious traditions encourage people to save for the future, to live cautiously, and to enjoy work, community and faith. Broken societies must desperately try to enjoy the present moment with commercially produced stuff and commercially produced entertainment. It never works, so a broken culture is hopelessly addicted to spending and borrowing! Beautiful! Second, the 'climate change' bubble is one of our proudest creations. We funded fake research and forced governments to set up cap-and-trade arrangements, so we could profit from trading the Indulgences. Look, babe, I shouldn't be saying this.... but if you really want to resist us, you need to take the opposite side of every sign you've put up. Work for stronger national governments, less free trade, less diversity, stronger religious traditions, more frugality, more nuclear power. Those are the things we hate.  ¶ 5:04 AM