Tuesday, April 10, 2012
Carbon? Nope, one strange month. Satan dba "American media" is crowing this morning about March setting an all-time record in "all of the lower 48." One report says that only the state of Washington is cooler than normal. This supposedly proves that we MUST DESTROY OUR ECONOMY NOW!!!!!!!!!!!! WE MUST LET CHINA HAVE ABSOLUTELY EVERYTHING NOW!!!!!!!!!!!! NATIONAL SUICIDE NOW!!!!!!!!!!!!

These are Mar totals for the 9 main regions. 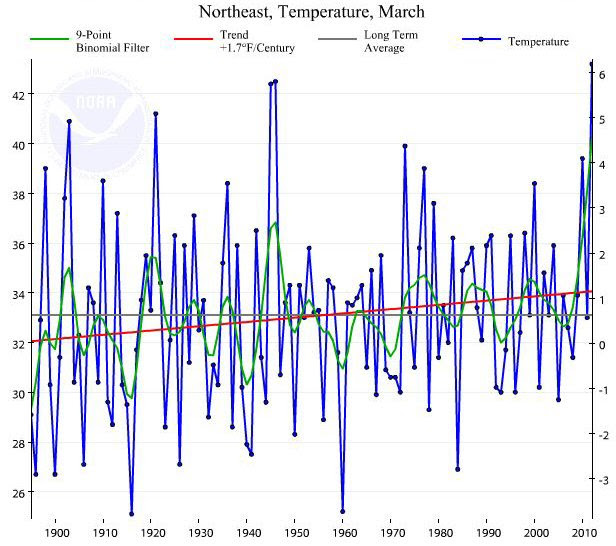 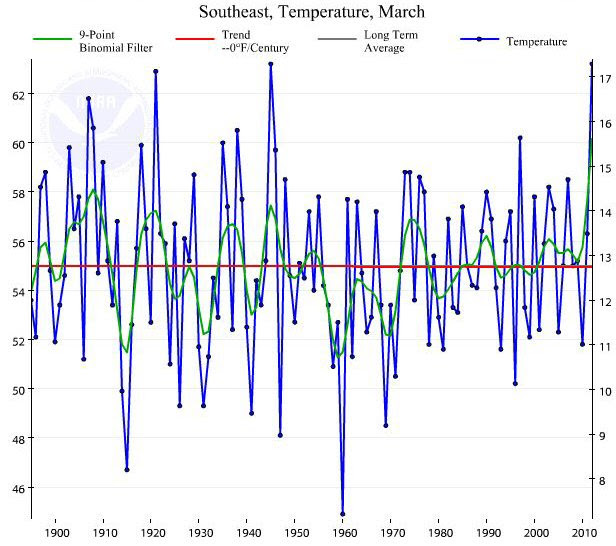 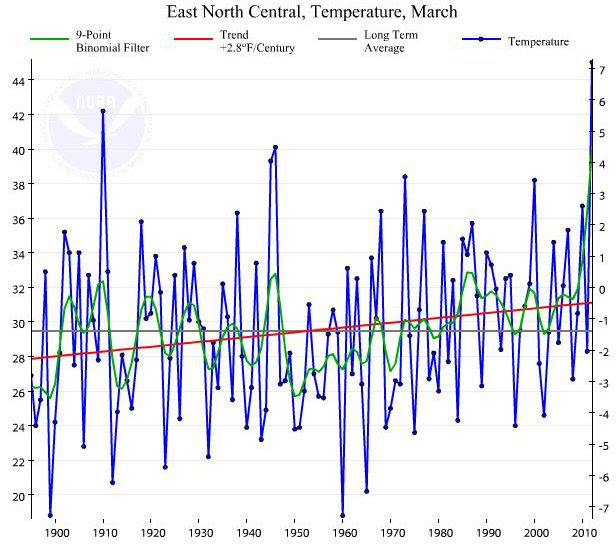 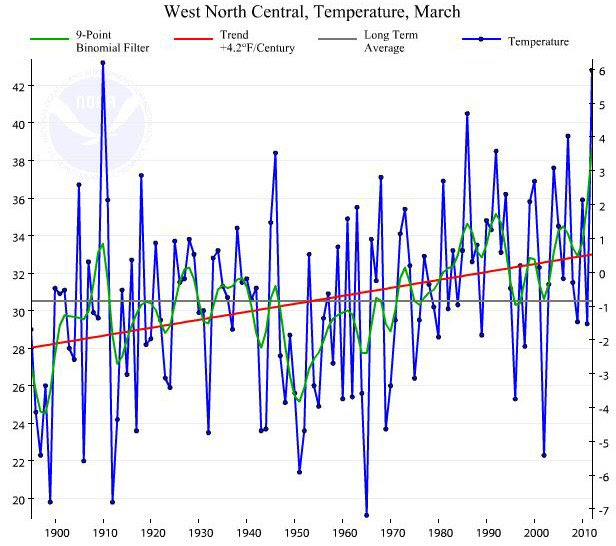 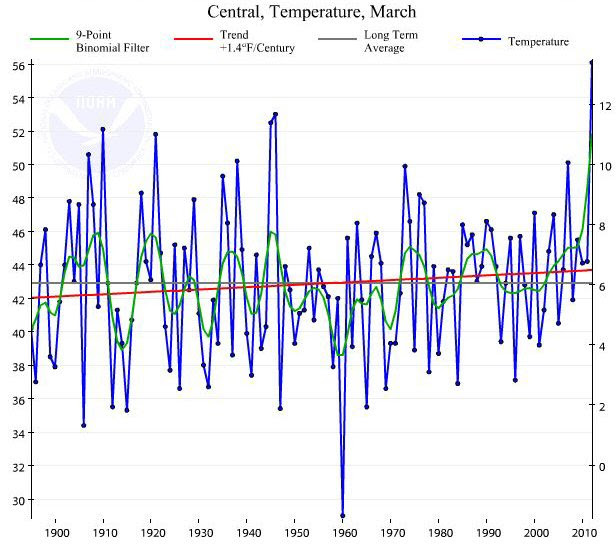 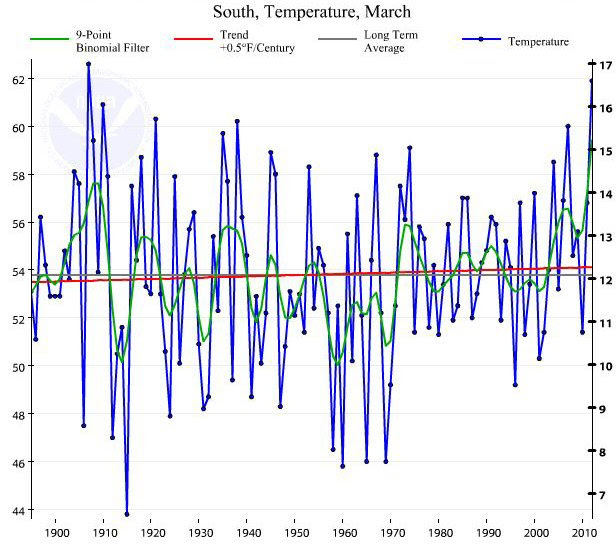 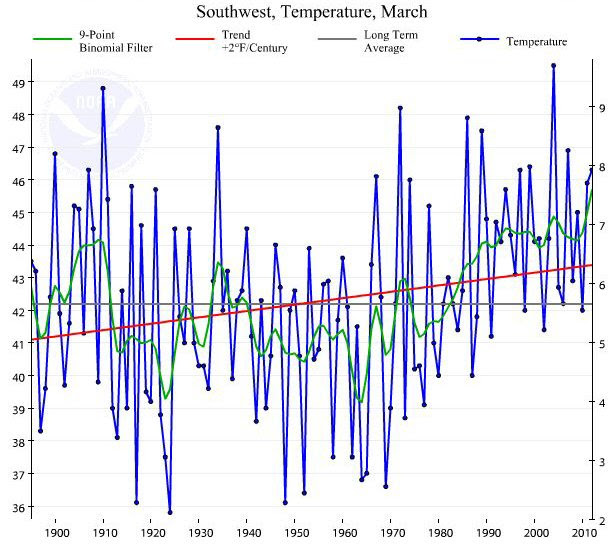 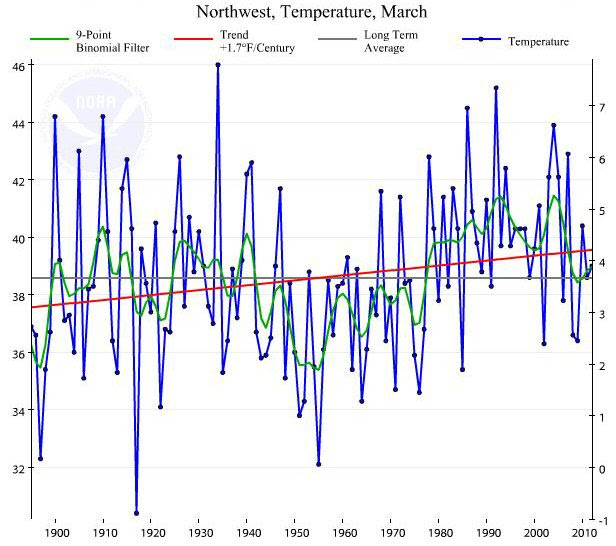 East of the Appalachians, where the People Who Count live, it's certainly an all-time month record and looks like part of a 3-year trend.

In the middle it was unusually warm but doesn't look like a trend.

West of the Rockies, nothing. Continues a pattern of cooling and de-extreming.

Well, we know that Satan dba "American Media" only knows NY and Florida, for obvious reasons... but at least they could look up Lower 48 in a dictionary. The term does not mean New York and Florida.

Something unusual is happening in the last few years, but it's not happening everywhere, and it's bringing different patterns to different places. The unusual phenomenon is not heat. It's a tendency for pressure zones to stick in place much longer than usual. Far as I can tell, nobody is even trying to find a cause for this

They're all too busy blaming Evil Carbon for a generalized heating, which isn't happening.