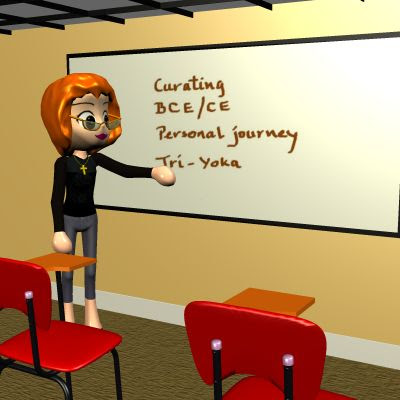 Professor Polistra has gathered a pretty good load of verbal ratshit for this season's Language Update.

"Absolut Soni explores the past 20 years with curating space with mixed media installations from audio-visual to sculptures and couture..."

"Although we'd like to think that nothing genuine can come from curating a bevy of social media platforms..."

Secular tyrants have taken this up with a vengeance lately.

"The earthquake happened in 529 BCE. That means Before The Common Era."

They always specify what BCE means, so that we unwashed unenlightened unprogressive religious yahoos can perhaps gain a slight vague glimmering of the Enlightened Progressive Secular Scientific Gift that has been bestowed upon our lowly undeserving ears.

YOU AGGRESSIVE CONDESCENDING MOTHERFUCKING SCHOOLYARD BULLIES, WE ALREADY KNOW PERFECTLY FUCKING WELL WHAT BCE MEANS. BCE MEANS "I'M A HIGH PRIEST WITH MANY GRADUATE DEGREES, AND YOU'RE A DUMB FUCKING IGNORANT LOSER." LISTEN, ASSHOLES, IF YOU ACTUALLY WANTED TO COMMUNICATE FACTS TO US, YOU WOULD SPEAK NORMAL FUCKING ENGLISH. IN NORMAL FUCKING ENGLISH, THE TWO ERAS ARE CALLED BC AND AD, NOT BCE AND CE.

These monsters smash civilization with every single fucking toxic nasty filthy word they utter, and then they wonder why HUMANS fail to respect them.


"But those fires were in the forests of south-east Australia – nowhere near the savannahs of northern Australia where you propose introducing elephants. We had to contextualise."

"The post has been expanded to better contextualize Sen. Jeff Sessions’ remarks."

"As for Mr. Payne, he responded curtly when asked about Searchlight’s shifting strategy this week. 'Ask the studio,' he said. 'I just make them. I don’t contextualize them.'"

"In that way, we can all reap the privilege of being able to contextualize ourselves through life’s toughest hurdles."

Another name for re-education, another name for Room 101. The end of every Personal Journey is I Love Die-Versity, I Love Fag Marriage, I Love Free Trade, I Love Open Borders. Not one iota of thought remains in my vacuum-packed brain after my Personal Journey. My vacuum-packed brain functions only to receive and implement today's Official Diktat from every single program on my Official Cable TV Telescreen.

The endpoint of Evolving is the same. Humans are rapidly Evolving in the direction of total chaos and destruction of our species. Darwinists should be protesting loudly at the abuse of Evolving to mean Eliminating reproduction, but they won't protest because they are not really Darwinists at all. They're just bloodsucking Death Fetishists like the rest of the mass-slaughtering ruling class.

Classic example of both from Gov Gregoire:

Governor Chris Gregoire of Washington wishes she'd supported marriage equality for gays and lesbians years ago -- and she hopes President Obama evolves in his thinking soon. But she respects the president’s “personal journey” and asked people to “give him the time” to see it through.

Probably unique, but worth recording and watching because pronunciations spread through the elite. The latest futile effort to keep Greece enslaved by the monstrous EU conspiracy is run by EU itself, IMF and Euro Central Bank. This Gang Of Three calls itself the Troika for some reason. One commentator on Bloomberg this morning pronounced it "Tri-Yoka", which is accidentally appropriate. Troika literally means a sled or vehicle pulled by a yoke of three horses.