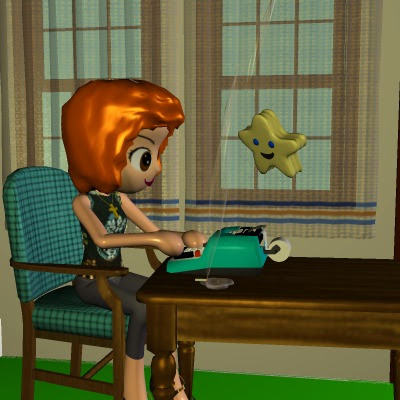 Needed some consolation during the past few weeks of illness, so started 'building' a digital model of an Olivetti Summa, which had been a constant presence in offices in the '70s when I was doing clerical work.

After I started 'building' the model from pictures on Ebay, I couldn't resist buying the pictured item. Excuse: needed more detail for the digital model. Real reason: Nostalgia.

Secretaries of that era were equipped with fingernails, jewelry and cigarettes, all of which left marks on plastic machines. This Olivetti looks brand new, unmarked and unburned, and still works perfectly. I suspect it was either a store demonstrator or an unused spare.

When I placed it to the right of my computer keyboard for measurement and detailed examination, an interesting perceptual phenomenon happened.

Normally an unfamiliar item in the near visual field will give me a momentary surprise for a few days: "Huh? Whassat? Oh yeah, that's the new toy."

In this case the opposite happened. When my peripheral vision caught the Summa, the brain said "Ah. There you are. Been missing you all these years!"

Seems that my baseline template of the world was formed in the '70s. Most dreams are situated in locations from those years and populated with characters I knew in those years. During those years, an Olivetti always occupied the right side of my visual field when I was at work. A typewriter was in the middle, where the computer keyboard is now. So the Olivetti completes the workplace template. 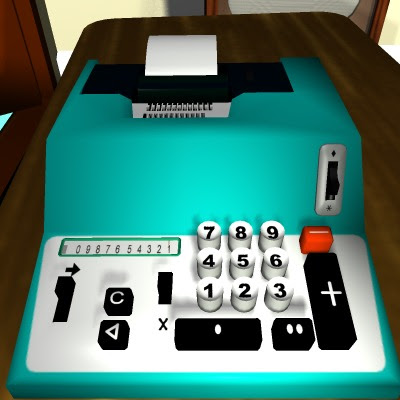 A quick guide to the functions, since there doesn't seem to be a similar guide online at the moment.

The lever with a right-pointing arrow is the single backspace. Each pull of this lever removes one digit from the right side of the currently entered number. (The needle in the place-dial then moves to the right, which is pretty much useless.)

The C key is Clear, removing the entire current number.

The key with a triangle is the 'notation' key. If you want to put a number onto the tape without adding it into the sum, enter the number and hit this key. (This might be used for a category number to identify the next dollar amount.)

The X lever does a crude form of multiplication by holding the last-entered number. When it's pulled down, you can add or subtract the last entered-number repeatedly.
(Bookkeepers didn't need to multiply often; they mainly summed up the debit and credit columns of a daily journal or monthly ledger. A multiplication was rare enough that you could do it by hand without losing a lot of time. If your job required more multiplying and dividing, you merited a fancier machine such as the Divisumma.)

The number keys are self-explanatory. The single-dot key is zero, and the double-dot enters two zeroes at once, for convenience in dollars and cents. (I never used the double-dot; it was easier to just hit the big zero key twice.)

Hit the minus key after entering digits to subtract this entry from the sum.

Hit the plus key after entering digits to add this entry to the sum.

The lever on the 'backsplash' is the totaling lever. Push up (diamond) for a subtotal, down (star) for a grand total.

Artistic note for Poser types: Finally released this, along with more 1960s office stuff, on my ShareCG page.