Allah, I don't know if you exist, since I don't particularly believe in any gods.

But if you do exist, I owe you a great big old apology.

For several years I believed the vicious lies our rulers spread about your people.

Last year I began to see pieces of the truth, but didn't fully abandon the crap until now.

This is undoubtedly improper form, but it's the best I can do. 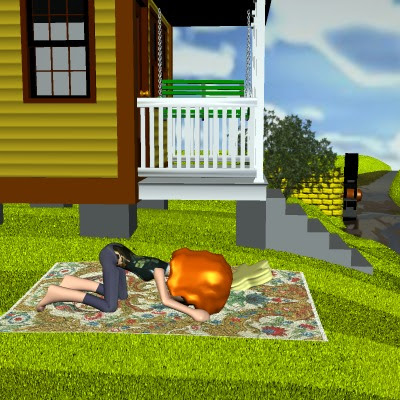 
After that series of painful realizations I decided to take a look at economics. The 'Islamic System' webpage gives a good condensed version of the ideal Islamic economics. Its author, and other explainers, admit up front that none of the existing Muslim countries come anywhere near the ideal; but the full system was applied from 800 to 1100 or so, leading to the Islamic Golden Age.

Over the past three years or so, I've been trying to think about alternate ways of running an economy, focusing especially on Maury Maverick's Agrarian ideas.

No need to re-invent. The correct system is already there, and it fits most of my recent thinking.

Unlike capitalism and communism, the Islamic setup is based scientifically on an accurate and sympathetic assessment of human nature. No idealistic assumptions.

The only part that's hard for me to digest is the prohibition of interest. As a miserly curmudgeon, it could be that I have a vested [ahem] interest in the subject. But the underlying motivation makes sense anyway:

In capitalism the one who gives the loan, shares the profit but not the loss, this is very unfair and unjust. In Islam if you want to share the profit then you must share the loss also – this is the model of Partnerships or company structures in Islam.

This agrees solidly with my observations on the need to switch from stock markets to private equity holdings. Expanding the same concept to all investments makes sense, but I haven't wrapped my cranky-miser head around it yet. Especially since the official work-arounds seem rather sneaky. (Basically charging interest while calling it something else.)